So What Happens When The Walking Dead TV Series Catches Up With The Comics? 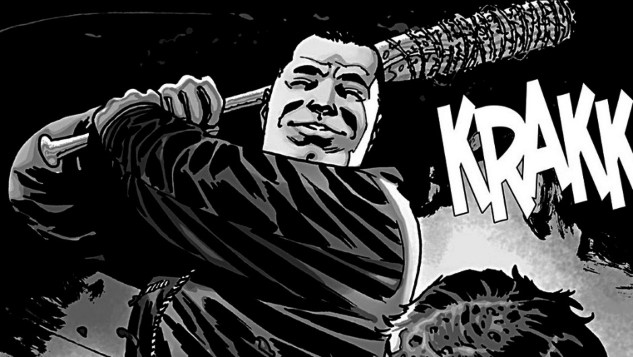 The TV series reached the story point of issue 100 in the Walking Dead comic this past season. The comic itself is currently at issue 154. While the show has gone its own direction in many ways, it has overall stuck to the general outline of the comic’s story. Could the series be catching up at this pace, and if so, what happens then?

While this concern has been voiced in the past, it’s grown louder in recent months. In order to get to Negan as quickly as they did, the TV series had to burn through a lot of issues, jumping from #75 to #100 in the span of eight episodes. On top of that, we’re getting hints the show is about to introduce Ezekiel. This pace isn’t going to become the new normal, is it?

Kirkman assures his fans in the “Letter Hack’ section of the new Walking Dead comic that no, it won’t. He says the 25-issue jump was a rare occurrence and shouldn’t happen that often. And he adds this: “It took us six seasons to get to 100. It won’t take us six years to get to 200 and that will take us to season … 12. And we’ll still be ahead of the show by that point.”

What makes The Walking Dead differ from Game of Thrones is that the pace at which George R.R. Martin puts out books is far, far slower than the pace at which Robert Kirkman puts out issues. Assuming both run at the same rate with no breaks, it’s still a mathematical possibility that the show could begin running ahead of the comic….in 2027.