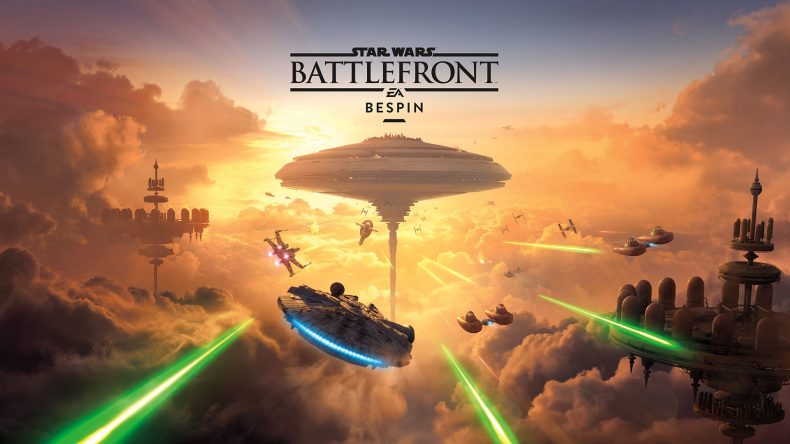 Some legendary characters and a familiar location is coming to Star Wars Battlefront via a new digital expansion from DICE. The Bespin pack will include the infamous Cloud City, from Empire Strikes Back, along with infamous smuggler Land Calrissan and fan-favorite bounty hunter Dengar, from the Star Wars comics. Here’s the full breakdown from EA:

Join legendary smuggler Lando Calrissian and cold-blooded bounty hunter Dengar in the Cloud City of Bespin. Take to the skies in the new cloud car vehicle and journey through Cloud City and the Administrator’s Palace. The Bespin digital expansion will feature two new blasters to add to your arsenal. No matter your preference of short or long range combat, there will be something new to try out in Cloud City. Hunt enemies within the Bioniip Laboratories or carbon-freezing chambers with the new X-8 Night Sniper and EE-4 blasters.

Lando and Dengar both feature new traits that will give them unique gameplay abilities. Dengar is a villain that thrives on being in a fight. He wields the DLT-19, which makes him the first Hero with a heavy blaster so far. Lando is very skilled with a blaster too, but his greatest talent comes from knowing the odds and using tricks against his enemies.