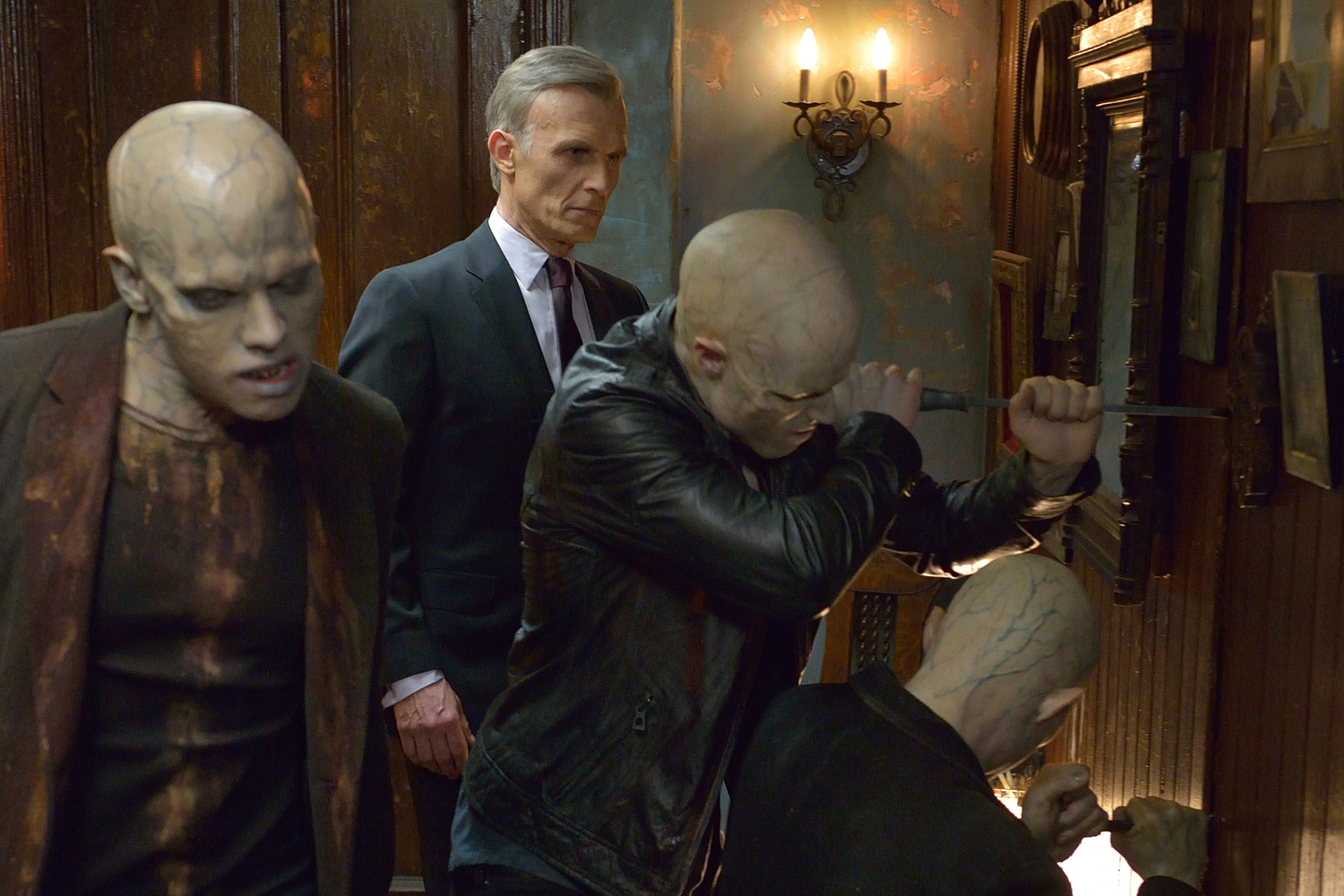 The gang kind of blew it when they went to take on the Master in last week’s episode, huh? Not that their plan was super great, but the execution was even worse.

And so, in this penultimate episode of the show’s first season, everyone is still in horrible danger. Here’s the episode description from the official site.

Dutch returns with a plan to broadcast Eph’s warning about the vampiric plague. However, they face a new threat when Eichhorst launches his own attack against the pawn shop. Palmer receives a special visitor, and Gus gears up for the on-coming fight but discovers there’s another mysterious factor involved.

The episode airs Sunday at 10 p.m. on FX. Have you been enjoying The Strain? We have a standing thread to discuss the series here.