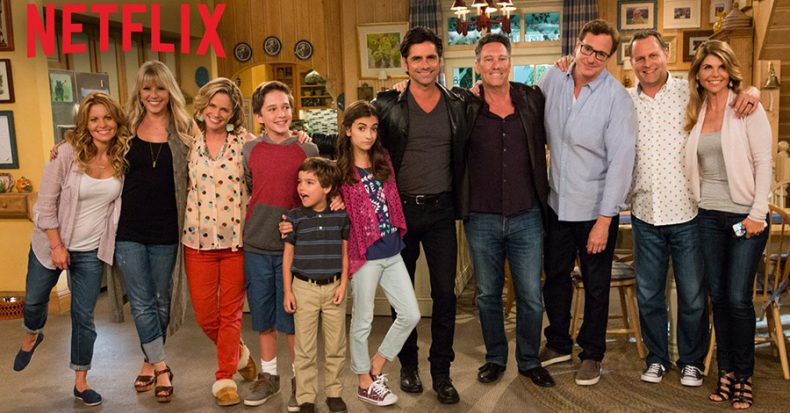 For whatever reason, Netflix refuses to share data on how many viewers watch their original shows. So an independent research group called Symphony Advanced Media attempted to do the job themselves. They released an app that records the sounds emitted by a TV playing Netflix and analyses those sounds to determine which show is running. Now they feel they have the data they need, and their conclusion? Fuller House is one of the most popular shows of all time.

Allegedly, the revival of the saccharine 90’s hit averaged 14.4 million viewers among adults 18-49 within the first 35 days of its availability on February 26. In Nielsen terms that gives you a 10.4 in the key demo. Meanwhile, The Walking Dead brings in an average rating of 9.6. Therefore, Fuller House is more popular than The Walking Dead. Right??

Several things here don’t pass the smell test. The biggest problem is that they’re taking a ratings system meant for live viewing and applying it to views recorded over 35 days. If Fuller House got 14.4 million people in 35 days and The Walking Dead got 9.6 million in one day, TWD’s numbers are far more impressive. The second biggest problem is that they’re relying on an app that has to be manually turned on and needs to interpret the sounds around it as the exact sounds from a TV series. Conclusion: this is some quackery here.

But the important thing is the attention. Scores of websites have now posted the headline “FULLER HOUSE BIGGER THAN THE WALKING DEAD” and all those clicks have gone directly back to Symphony.