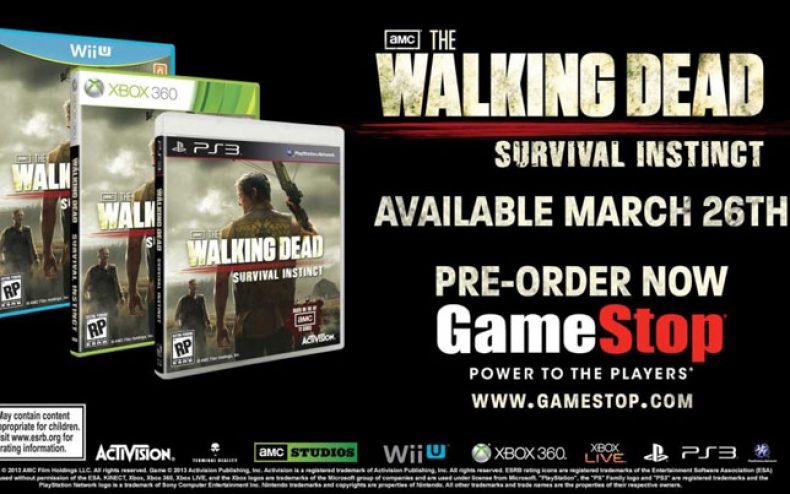 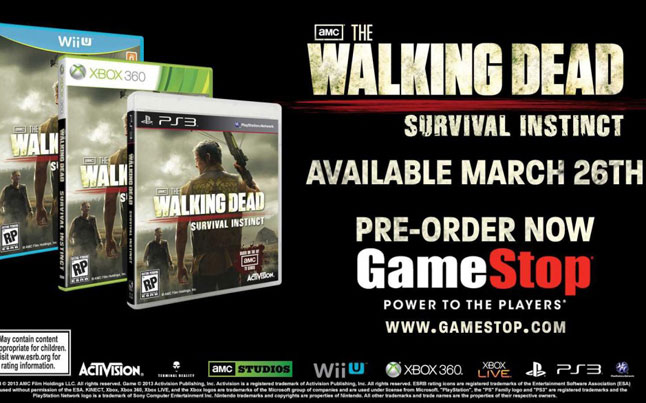 If you pre-order Survival Instinct, you might get a couple of pre-order bonuses! The game is set to be released on March 19th, which is most likely going to be a hit with the fans of the show, and gamers alike.

The releases dates have been moved up slightly from the 26th of March to the 19th in the US, while the release in the U.K. is March 22nd.

Herd Mode is a mode where you will be taking on unlimited waves of walkers. Each wave of walkers you face will get stronger, so make sure your ammo lasts! At the start of every round all, of your supplies will spawn, so use them wisely. Sounds awesome don’t you think? Besides the access to Herd Mode, you will also get a cool ear key chain.

The weapon pack contains a Handy Bag, Machette, Hachette, Kukri, and a Knife.

Looking forward to The Walking Dead: Survival Instinct? Well, you should be! Last week, a brand new trailer was released for the game and it looks amazing! The Herd Mode that is available with the game pre-order, will send wave after wave of zombies your way.

So, will you be pre-ordering The Walking Dead: Survival Instinct?