by Shawn Hopkinson 03/10/2015
Over the weekend the final fourteen North American teams were chosen for this year’s Call of Duty Championship. At the North American regional finals in Columbus Ohio this weekend, 14 teams were able to qualify for a shot to take on teams from around the world for part of the million bucks in prizes at […] 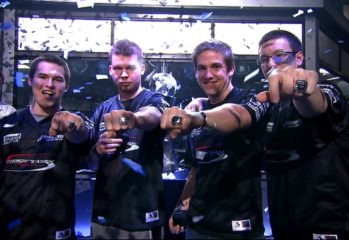 A Cool Million at Stake in Call of Duty Championship

by Shawn Hopkinson 01/09/2015
Activision has announced plans for the 2015 Call of Duty Championship, which will culminate in a 32-team world championship tournament March 27-29 in Los Angeles with a million bucks in prize money at stake. The championship, sponsored by Activision, Sledgehammer Games, Xbox and Major League Gaming and international eSports partners, will start qualifying rounds soon […]