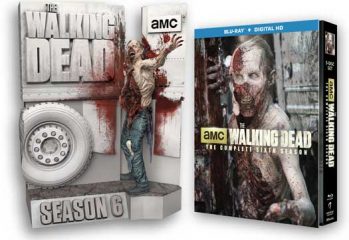 by Peter Paltridgeon 09/15/2016
We now know when the Limited Edition version of The Walking Dead: Season Six will be released. Anchor Bay announced today shipments would be sold at retailers beginning November 1. MacFarlane Toys wasn’t given much to work with this season, as the show went for quantity over quality and crammed the screen with as many […]
1 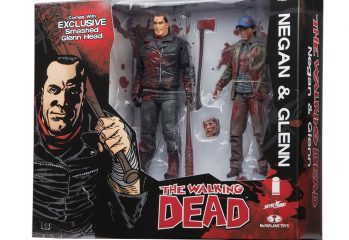 by Peter Paltridgeon 06/17/2016
One of The Walking Dead’s most famous moments will be immortalized in plastic soon as MacFarlane Toys prepares to offer the Negan vs. Glenn package at San Diego Comic-Con. The pair will come in one box and be exclusive to the convention. As you can see on the package, it “Comes With EXCLUSIVE Smashed Glenn […]