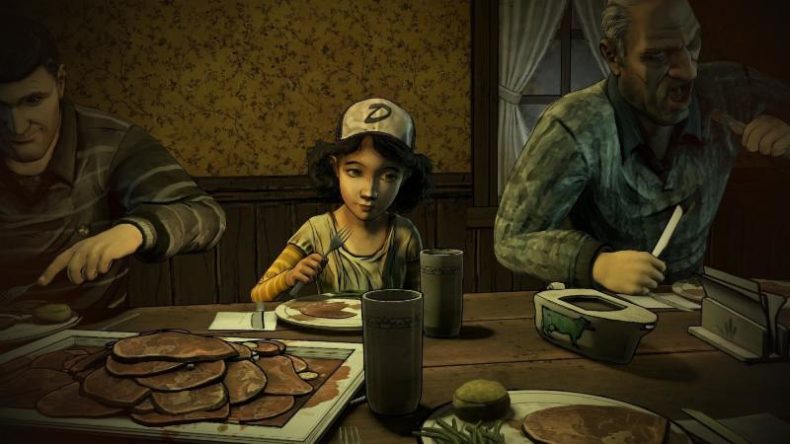 Can you take a dump while playing Telltale’s The Walking Dead at the same time? The miracle is now possible! The series is now available on Switch, starting today with the first season.

The Walking Dead: The Complete First Season has arrived on Switch as of today. All five episodes are included in the release, plus the horror anthology 400 Days. The visuals will retain the upgrades given to them in The Walking Dead: The Telltale Series collection, released last year.

The Walking Dead is set in the world of Robert Kirkman’s award-winning comic book series and offers an emotionally-charged experience in which players’ choices determine the course of the story across the entire series. Season One of Telltale’s The Walking Dead introduced young survivor Clementine and her protector Lee as they struggled against the dire circumstances of an undead apocalypse.

The rest of the series is also coming to Nintendo’s handheld, and fast. The Walking Dead: Season Two and The Walking Dead: Season Three are both scheduled to show up on Switch in the coming months. Telltale promised everything would be on the platform by the end of 2018. As for The Final Season, that’s in progress and being released on Switch at the same time as the other platforms.

Over 50 million copies of Telltale’s The Walking Dead have been sold worldwide.

Fortnite Strongly Rumored To Be Hitting Switch
Be the first to comment!
Leave a reply »