The First Two Chapters Of The Walking Dead: A New Frontier Are Out Now 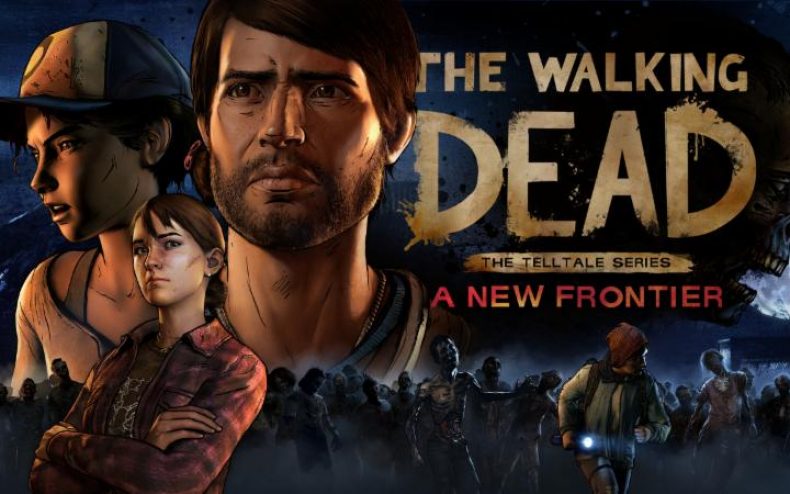 You may have known Telltale Games would be releasing the third season of its Walking Dead game series starting today, but were you expecting twice the content? Both the first and second chapters of Telltale’s Walking Dead: A New Frontier launched this morning, under the titles “The Ties That Bind” Part 1 and 2.

The new season follows an original protagonist named Javier, but you will get to meet familiar faces in the storyline — Clementine from Seasons One and Two plays a major role. For now Season Three is only available digitally, but a disc version will arrive in stores beginning in February. Check out the launch trailer, and see Telltale’s press release below for more.

SAN RAFAEL, Calif., Dec. 20, 2016 — Leading publisher of digital entertainment Telltale Games and Robert Kirkman’s Skybound Entertainment, announced today that The Walking Dead: The Telltale Series – A New Frontier Episode One: ‘Ties That Bind’ Part I & Episode Two: ‘Ties That Bind’ Part II are now available for download.
These first two of five episodes in The Walking Dead: The Telltale Series – A New Frontier are available starting today on PC from the Telltale Online Store, Steam, and other digital distribution services, on the Xbox Games Store for Xbox One®, and on the PlayStation®Network for PlayStation 4. The episode will also be available this week for compatible iOS devices via the App Store, and for compatible Android-based devices via Google Play. Release dates for additional platforms will be announced in the near future.
When family is all you have left… how far will you go to protect it? Years after society was ripped apart by undead hands, pockets of civilization emerge from the chaos. But at what cost? Can the living be trusted on this new frontier? As Javier, a young man determined to protect his family, you meet a young girl who has experienced her own unimaginable loss. Her name is Clementine, and your fates are bound together in a story where every choice you make could be your last.
“We’re starting this dramatic new entry point to the series in a way that will surprise and intrigue existing players and newcomers alike, and there is no better way to do that than with an epic two-part premiere,” said Kevin Bruner, CEO and Co-Founder of Telltale Games. “We hope that all fans of The Walking Dead can enjoy this introduction to new player character Javier and his family, and that those already familiar with Clementine will be as excited as we are to see her mysterious return.”
In their review of the premiere, IGN.com said that, “Smart characterization and writing for Javi and his family, plus the return of Clementine, add weight to a largely unfamiliar but already engaging new frontier that I can’t wait to continue to explore,” adding that its “uncharted territory feels familiar and, excitingly, fresh.” GamesRadar said that A New Frontier, “demonstrates the resonant power of interactive storytelling,” and that it, “finds the right balance between rewarding longtime players who’ve shaped their own version of the story and welcoming those who might be hopping aboard this grim adventure for the first time.” Game Informer said the two-part premiere has, “shocking deaths, intense betrayals, and split-second decisions to second-guess,” claiming that “Everything leads up to a hell of a cliffhanger, making me intrigued to see what happens next.”
Beginning in February, the series will also be available for purchase on a special ‘Season Pass Disc’ for PlayStation 4 and Xbox One consoles, which will include the premiere episodes for the third season, as well as access to all subsequent episodes in the five episode season for download as they become available.

Players can purchase the season for their favorite platform now by visiting https://telltale.com/series/ the-walking-dead-a-new- frontier/#buy.
The Walking Dead: A New Frontier will act as both a new beginning for players fresh to the series and unfamiliar with Clementine, as well as a continuation for players who have experienced Seasons One and Two. Players new to the series will be able to start a story that is tailored to this new beginning. Players continuing onward from prior seasons will have multiple options for quickly configuring their tailored backstory, or importing past save files from various platforms.
The Walking Dead: The Telltale Series – A New Frontier Episode One: ‘Ties That Bind’ Part I is rated ‘M’ (Mature) for Blood and Gore, Intense Violence, Strong Language, and Use of Drugs by the ESRB. Episode Two: ‘Ties That Bind’ Part II is rated ‘M’ (Mature) for Violence, Blood and Gore, Drug Reference, and Strong Language by the ESRB. Future content in the season is yet to be rated.
To date, The Walking Dead: A Telltale Games Series has sold more than 50 million episodes worldwide, earning more than 100 Game of the Year awards from outlets including Metacritic, USA Today, Wired, Spike TV VGAs, Yahoo!, The Telegraph, Mashable, Polygon, Destructoid and GamesRadar, and was also the recipient of two BAFTA Video Games Awards for Best Story and Best Mobile Game.
The Walking Dead is set in the world of Robert Kirkman’s award-winning comic book series and offers an emotionally-charged, tailored game experience where a player’s actions and choices affect how their story plays out across the entire series.
For more information on the game, visit the official website, Facebook, and follow Telltale Games on Twitter. For more information on The Walking Dead, Robert Kirkman, and all of his titles, visit www.Skybound.com and www. TheWalkingDead.com.
0 likes
Games, Videos
Telltale GamesThe Walking DeadTrailerVideoVideo Games