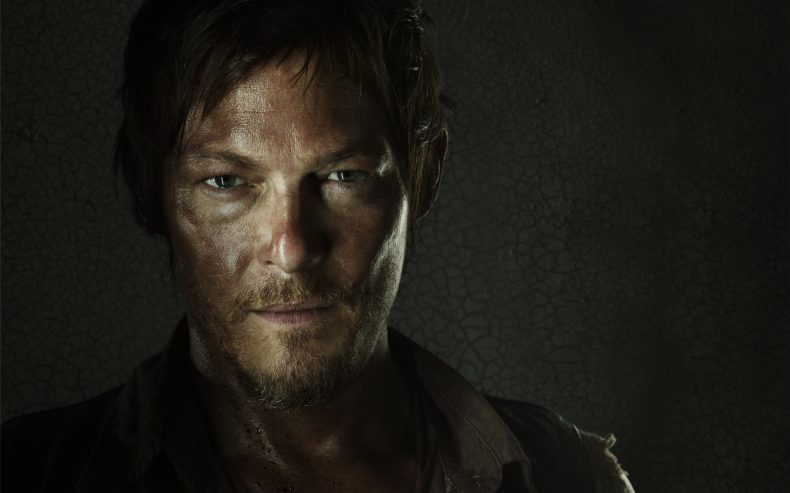 This weekend the third episode of The Walking Dead’s seventh season will air. AMC has announced that the episode following it, the one that airs on November 13, will be super-sized.

AMC says “Service,” episode 7.04 of The Walking Dead, will run for 85 minutes including commercials and stop at 10:25 (does this mean a shorter Talking Dead? Probably not). As for what kind of events warrant the extra running time, we just don’t know. Episodes have run long before and the reason hasn’t always been apparent why, even after they’ve aired.

The episode description for “Service” says “While the remaining members of the group try to keep it together in Alexandria, they receive a sobering visit.” Unless we’re seeing the Wolves again, this most likely means Negan. You might have been assuming Negan will visit Alexandria in the third episode, but he doesn’t….the description for “The Cell” suggests it’ll take place entirely within Negan’s compound and focus on Daryl.

Daryl has got to be feeling crappy after his lashout at Negan resulted in the death of Glenn. Norman Reedus told TV Guide “You see shots of him being shoved down a hallway, and pushed by the head… And he’s not fighting back, at all. He thinks he deserves to be there, and whatever is going to happen to him, he’s just going to let it happen. He feels incredible guilt over what just happened. He’s lost the will to fight back.”

If rumors are true, though, Daryl’s hard times won’t last once Negan decides he’s so impressed with his defiant attitude that he makes Daryl his new buddy. Quotes heard in promos suggest this comes to pass.

“The Cell” airs this Sunday, November 6 on AMC, followed by the 85-minute “Service” on November 13.