The Walking Dead Cast Bashes Season 7A, Praises Season 7B 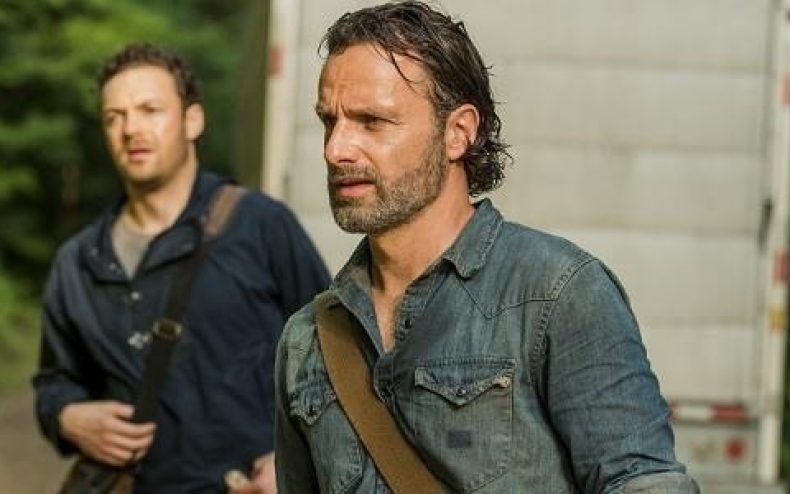 It’s unusual for the stars of any show to talk about the first episodes of a season in such negative terms, especially when they’re still within that season….but the Walking Dead cast and crew seems to want EVERYONE to know the bleak and depressing fall the show had, where everybody just moped around and jumped when Negan said “how high,” is over. I would guess this has a lot to do with the diminishing ratings TWD got after the premiere.

Norman Reedus gave the bluntest commentary ever this week, but I guess with the part he had to play, he’s earned the right. “I understand when characters go through certain things, and mostly they’re cut off from the rest of the group, but I didn’t even see anybody. I was in a hole by myself, naked. It just did not feel right to me. I’d talk to Gimple, and I’d be like, ‘Man, this sucks. I hate this.’ And he’d be like, ‘You’re supposed to.’ I’m like, ‘Oh, there you go.’ You know what I mean? He was right. It was supposed to suck, and it did suck — for me, anyway. But you know, it just makes coming back together that much more special.”

Reedus got much more positive when he started talking about Season 7B. “Oh, God, it’s great. You know, this show always feels like the show to me when that group is working in unison, and that first half was very hard for us to film. It was just rough. We were all separated, and we just kind of missed each other. We missed having the feeling that we had when we started this thing. I mean, I know the show evolves and all of that stuff, but man, that first half was rough, so I’m excited that we’re all back together. I know everybody’s excited.”

And when showrunner Scott Gimple was interviewed last Tuesday, he described Season 7B as “a very different half season from the one before it.” Then he promised this: “Before the end of that very first episode back, you will see Rick Grimes smile.”

We’re not sure what that’s going to look like, so we’ve created a theoretical composite: 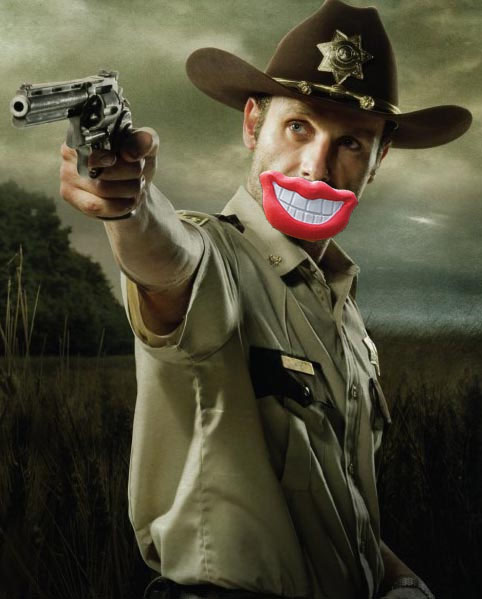 Is Negan About To Become Daryl’s New Best Friend?
Be the first to comment!
Leave a reply »