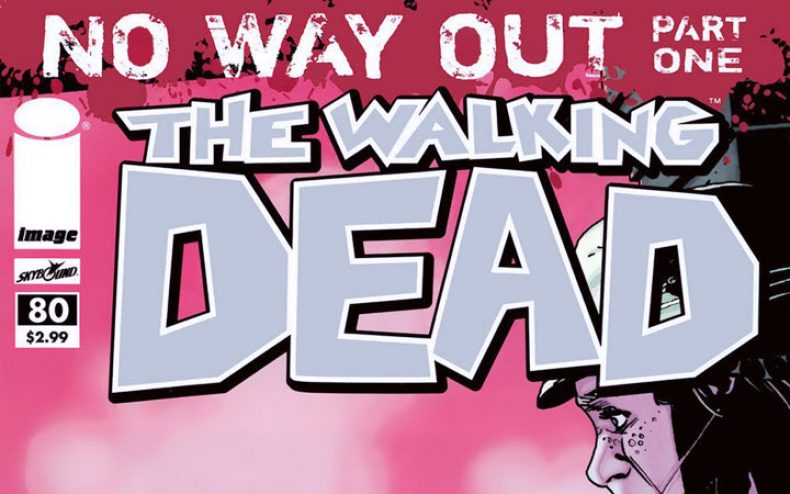 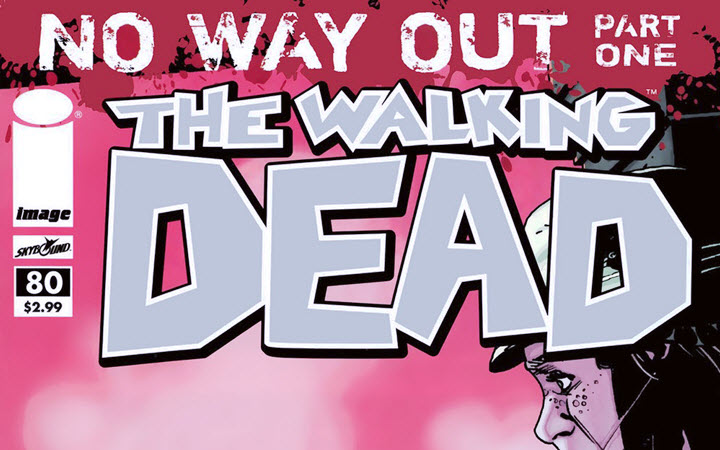 The Walking Dead comic has continued its series with the release of 80th issue on January 5th, 2011.  “No Way Out” takes place in a setting where the group is in a secured fenced off area and there is a sense of safety that begins to bring some normalcy to the survivors.  Since they are somewhat safe for the moment, more of the characters can temporarily turn their focus on each other instead of the flesh eating zombies.  The Walking Dead comic #80 is a part one of a new sub series that seems to have a good mixture of character emotions, danger and the touch of survival.

The zombies were a lot to handle and some changes are being made to help the group survive as Bruce soon finds out when he is bitten and infected.  Then in The Walking Dead comic they went to go clear the perimeter of zombies that have surrounded them, and on their way back into the gate Bruce is attacked.  Abraham takes the initiative and takes the life of Bruce.  Holly, who is disturbed by the callousness is angered by the actions of Abraham and slaps him.  He then consoles Holly which ends up showing a romantic relationship unfolding that will leave Abraham in a tough position in The Walking Dead comic.

Then in The Walking Dead comic Rick makes some changes that will prevent another issue and help to further secure the compound.  Rick suggests more lookouts and more patrols going night and day around the walls, which also need to be more secure.  He also opens up the armory so more people can arm themselves and tells the community they should consolidate living spaces to preserve resources.  There is more emotionally charged drama in The Walking Dead comic #80  as Douglass breaks down, Jessie shows her admiration for Rick by kissing him, and the love triangle that Abraham has with Holly and Rosita.  The Walking Dead comic #80 is the beginning of a mini series titled “No Way Out” that will leave fans waiting for the next issue in the comic.

A big fan of The Walking Dead television series. In my spare time I enjoy blogging and simply hanging out. Oh and lets not forget, Go NY Giants!
You might also like
AbrahamComicsComics