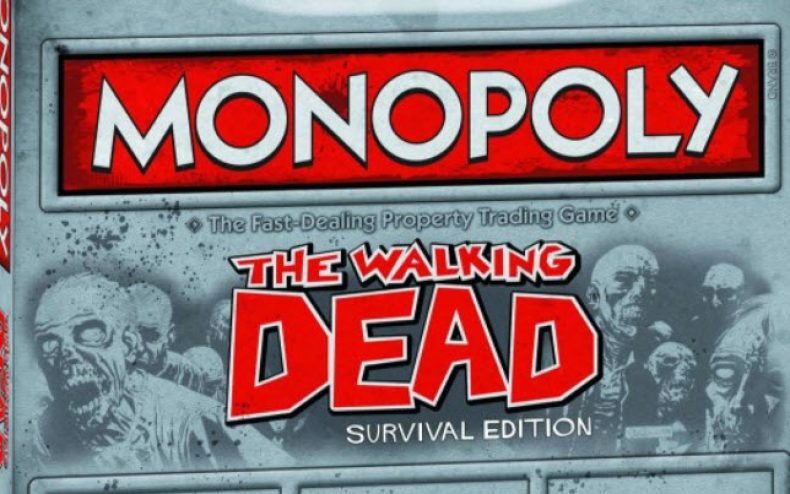 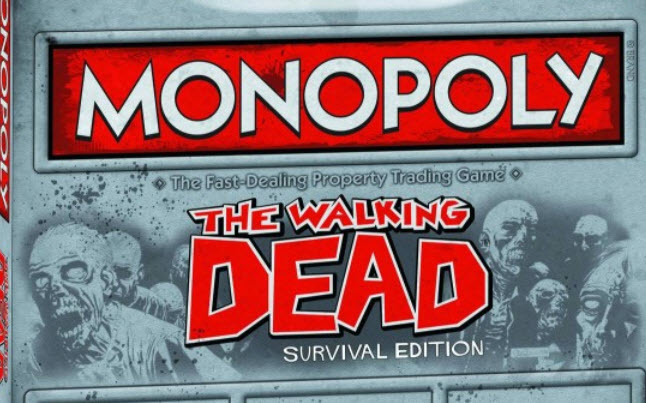 The Walking Dead just got a little closer to taking over the world, with a soon to be released Walking Dead Monopoly and Risk board game. The games, which are inspired by the great classics, will allow you and your friends to battle it out on game night. 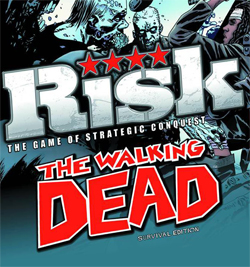 The games are a collaboration between Skybound, USAopoly, and Diamond Comics Distributors. The games will be available this September, which is perfect timing before season 4 of The Walking Dead.

The games however will only be available through Diamond Comic Distributors, which means you won’t be able to find these on your average shelf.

“We’re extremely excited to be working with USAopoly and Robert Kirkman’s Skybound imprint at Image Comics in what promises to be two great games that are destined to be bestsellers for retailers,” said Bill Schanes, Diamond’s VP-Purchasing.

Despite its post-apocalyptic setting, MONOPOLY: The Walking Dead Survival Edition (Diamond Item Code: APR132229: SRP: 39.99) delivers classic Monopoly wheeling and dealing gameplay. Players vie for, and then must fortify, the prime real estate and resources that will sustain their lives. There’s only one victor that will outlast the others – whether living or undead – when all is said and done. This completely customized game features six collectible tokens, optional speed play, and a fight to the finish!

In RISK: The Walking Dead Survival Edition (Diamond Item Code: APR132230: SRP: $49.99) it’s a fun, new twist on classic Risk gameplay. USAopoly will debut a brand new map set in the Southeast region of the United States where players battle and scavenge for their very lives. Contending for survival at every turn, gamers must not only fend off attacks from the living who compete for precious, limited resources upon which their survival depends, but they also must maintain their self-preservation from the unrelenting hordes of the undead that would feast upon them. A new deck of “Supply Cards” will add strategy, fun, and flavor to this classic tabletop game. Gamers can expect a fast-paced game of attrition and survival, where this time—the last man standing wins!

A big fan of The Walking Dead television series. In my spare time I enjoy blogging and simply hanging out. Oh and lets not forget, Go NY Giants!
You might also like
The Walking Dead Wiki

The Walking Dead Wiki
Be the first to comment!
Leave a reply »