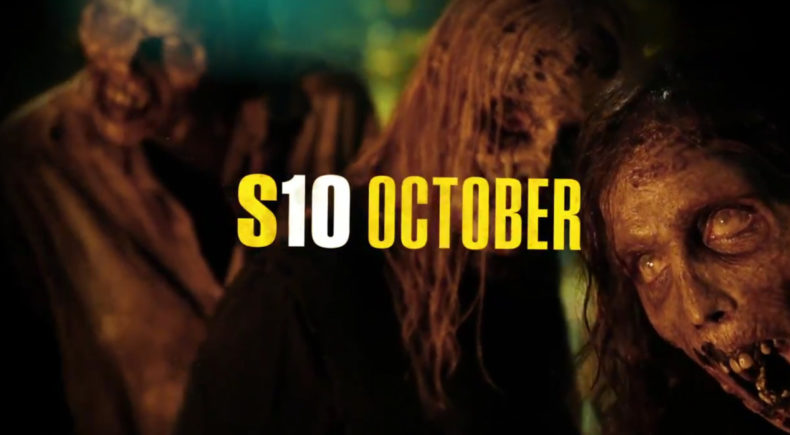 The Walking Dead has officially entered double-digit territory. Was there ever any doubt? Some shows have to sweat it out every year waiting for the renewal notice to delay their execution, but not this one. So the only question is….how did AMC choose to break the news this time?

Creatively. Instead of a press release or a quote from the actors, AMC published this 20-second video on their social media accounts:

The show’s producers and staff were already confident enough in the inevitability of this announcement that they began work on Season 10 late last year. Showrunner Angela Kang told Comicbook.com last November, “I’m already working on season 10 stuff…trying to get a little bit of a jump on it, so after I do this round of press calls today I’m actually gonna jump back in with a couple of my senior writers and we’re gonna talk about some stuff, just because it’s like we want to get a head start on things.”

Actually, according to Kang, this is the way it’s always been. “It’s sort of like the process doesn’t end on our side of it, because it takes about a year and a half to make a season of the show, but we always air about the same time every year, so there’s always about like a half a year overlap.”

This means if TWD is ever abruptly cancelled (like after Season 55), there could be traces of an abandoned season floating around out there. But does Kang care to share with us what they’re thinking about for that distant season? She told the reporters one thing…we may see Maggie again.

“We will hopefully come back to Maggie’s story in Season 10,” says Kang. “Lauren and I have been texting about some things, and we’re hopefully gonna schedule a conversation, but Georgie’s group is definitely out there in the world doing some stuff, and I have some notion of what they’re up to.”

The Walking Dead begins airing new episodes next Sunday, and the tenth season is dated for October.