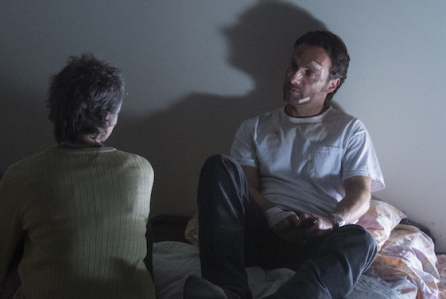 The final numbers are in and with their Season Five finale, “The Walking Dead” hit their season high for ratings with 15.8 million viewers. That number was much farther away from the series’ all-time high of 17.3 million in the Season Five debut but did squeeze past last year’s finale, which had 15.7 million.

Overall, Season Five was up in ratings numbers in all major demographic categories over the previous season of the series.

FTWD Solid In Season One Finale Ratings
Be the first to comment!
Leave a reply »