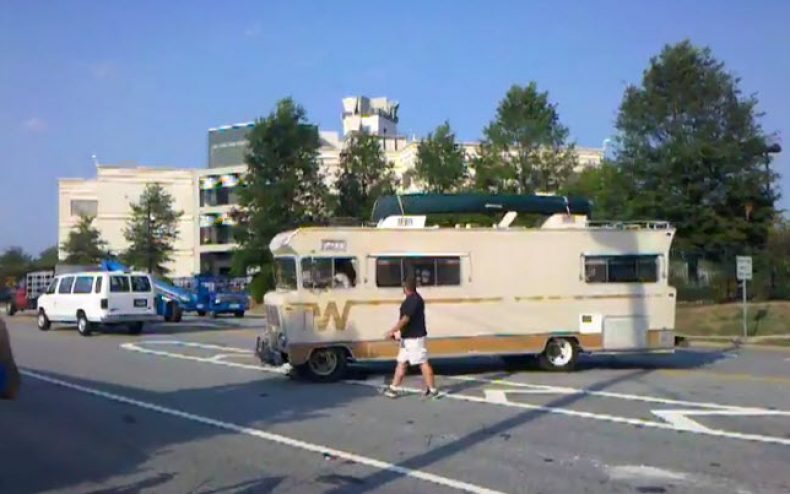 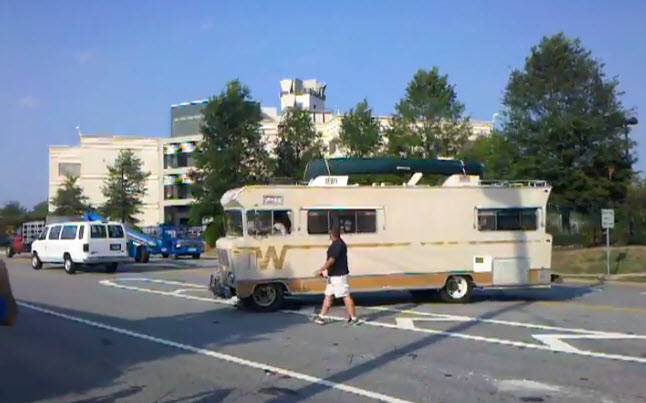 Thanks to the many fans and the dedicated eyes and ears out there near the filming of The Walking Dead season 2, we have yet another video of the show getting ready to film.  This video was brought to us by a fan that was near the production area and shows a number of the well known vehicles we have seen through out the series.  Once again, this is still in the same area as the Cobb Galleria Centre, or nearby to the Cumberland Mall, and the video is actually pretty close up to where they are filming for The Walking Dead season 2. 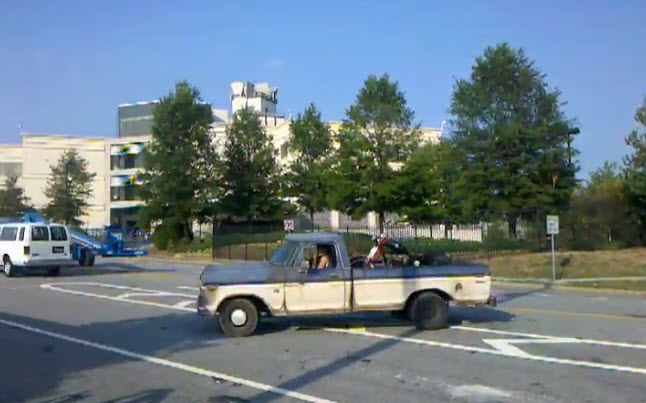 The video shows the camper getting ready to either return so they can commence filming for The Walking Dead season 2, or possibly just finished a scene and they are getting ready to head back to the main filming area.  The funny thing is, is that in the show the camper is beat up and worn down and that seems to be true in real life as well.  The camper almost doesn’t even start after stalling and it takes a good 10-15 secs to just get it going, which is pretty amusing.  Eventually, it does start and the caravan of vehicles is seen heading away.  So fans can rejoice that in The Walking Dead season 2 the same old beat up RV will still be ticking!

Besides the camper, you will notice the other vehicles that were most recently seen at the end of the 6th episode otherwise known as “TS-19”.  Following the camper is the Ford Bronco, then the mini bus, and finally the pick up truck carrying the motorcycle, which will start off The Walking Dead season 2.  As the video goes on you can hear some of the people chuckle at the RV and some expressions of joy as they roll by.  The Walking Dead season 2 has fans on the edge of their seats trying to catch anything and everything they can.