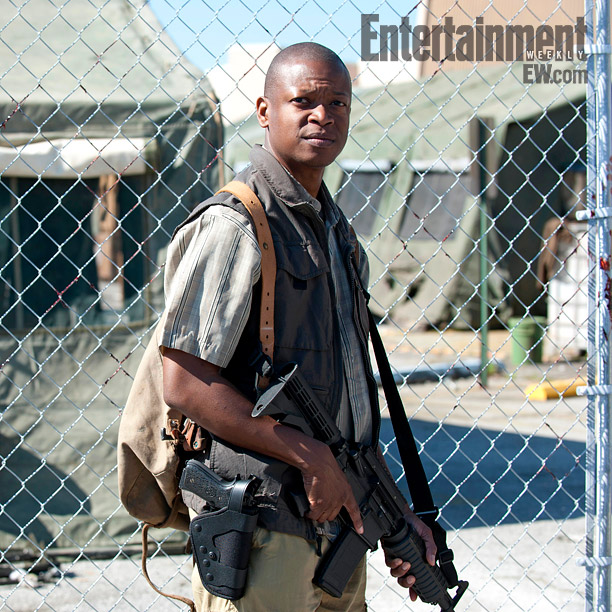 Although we have to wait until tomorrow (July 19th) before we see The Walking Dead panel and a trailer for the upcoming season there is still plenty of juicy information with the main story centering around a new character. A brand new photo which gives us a first look at new character Bob Stookey has been released by Entertainment Weekly. Bob Stookey is a former army medic who will soon be found by Daryl Dixon in the 4th season of The Walking Dead which will be returning to TV in October.

In the comic series, Bob Stookey is a member of Woodbury who works for The Governor and is known as the local ‘town drunk’.  In the TV series it appears as though they are going down a different route with this character. Stookey will be portrayed by Lawrence Gilliard Jr in the show. We may possibly see a little bit of this new character in the upcoming trailer for Season 4 at San Diego Comic-Con this Friday.

As well as the new first look at Bob Stookey there is also a new picture of a walker which was released a couple of days ago. 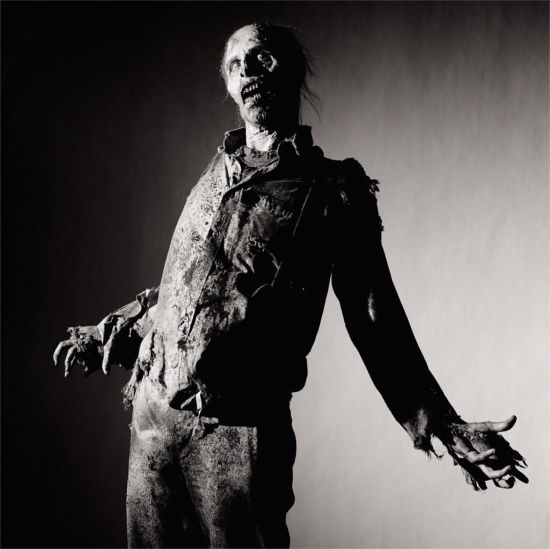 And finally..a new poster which will be available at San Diego Comic-Con which is drawn by comic artist Alex Ross. Check it out! 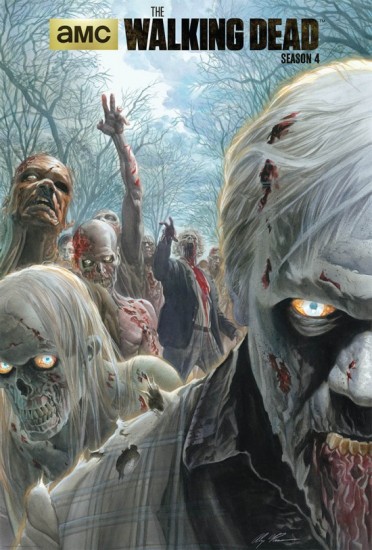 The Walking Dead Panel and the trailer for the upcoming season will be at San Diego Comic-Con on July 19th.

What do you want to see in the 4th season of The Walking Dead? Why not head over to the forum and discuss all the news?

The Walking Dead Season 4 Premiere Will Be On October 13th
Be the first to comment!
Leave a reply »