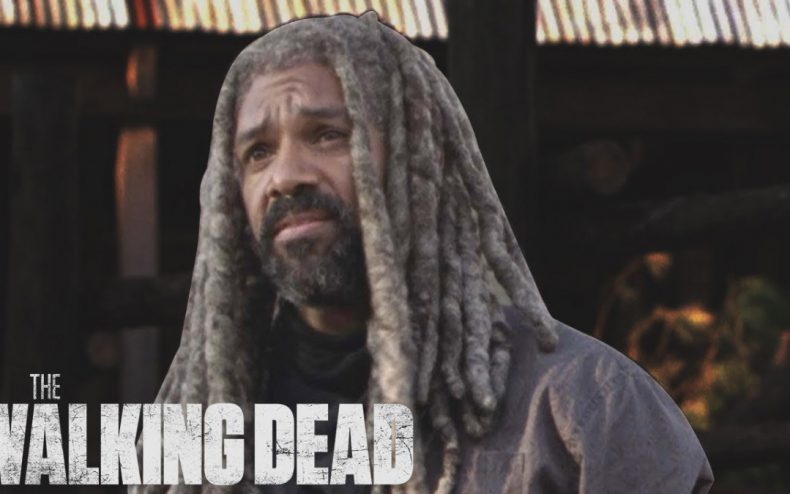 We don’t have the opening minutes of The Walking Dead’s firth episode of its tenth season — yet — but we do have a minute’s worth of footage from somewhere in the middle of the episode. Here, for the first time in a long time, Daryl meets Ezekiel. They don’t talk about much, though, and there seems to be one subject Ezekiel doesn’t feel like bringing up at all, even when directly prompted.

AMC also put up a few highlights from last weeks Talking Dead episode. The special guest was Cassady McClincy, who plays Lydia, as well as our old friend Abraham (Michael Cudlitz), who directed the episode. it was his second time in the director’s chair on TWD.

A fan asks Cudlitz about Abraham’s child-rearing abilities and gets a wheelbarrow full of dirty laundry for his trouble. That’s not a metaphor.

Finally, here are Matt Jones’ predictions for the rest of the season.

The Walking Dead airs their next episode this coming Sunday at 9, on AMC. Remember to set your clocks an hour back in most states (yeah, groan, it’s THIS again).