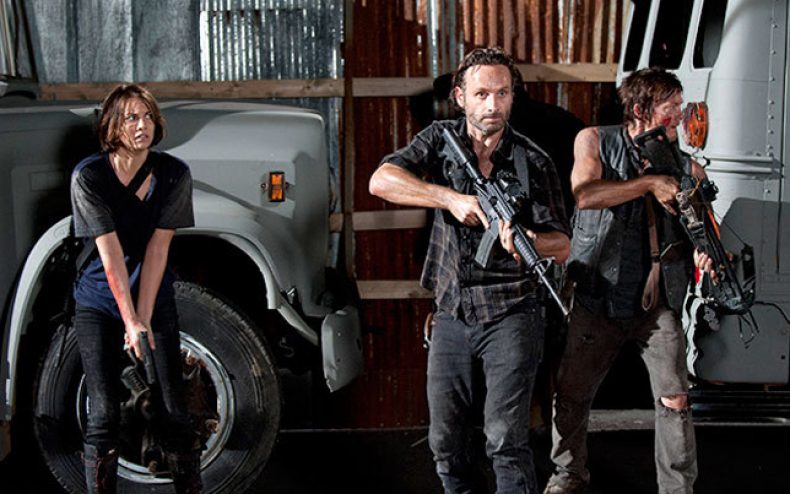 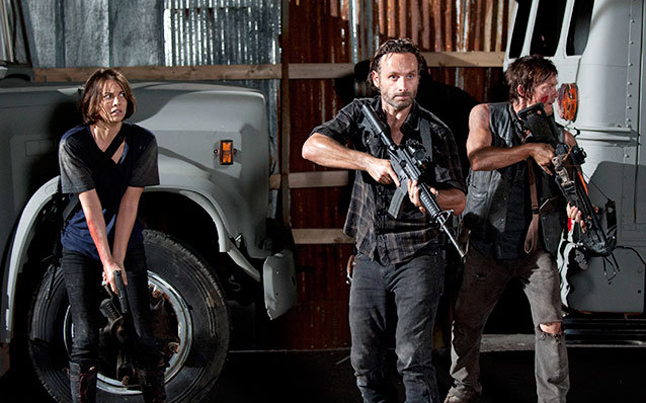 The popularity of The Walking Dead could be called nothing short of phenomenal, muscling out other top rated cable television shows, and proving once and for all that zombies are more appealing than crime busters or dysfunctional families. It’s the hot topic; or more accurately the stone cold rapid fire discussion of chat rooms, shared user sites, and even personal blogs. There are experts in zombie survival that will tell you how to pack your own zombie battle kit, how to identify a zombie and alert you to recent zombie sightings. If you don’t know anything about The Walking Dead, you just haven’t been paying attention to the class.

To the uninitiated, zombie land doesn’t seem to be that formidable. Zombies don’t move very fast. They have a short body expectancy. Within a few weeks, their bodies begin falling apart, making it very difficult to chase around a bit of live meat. The problem is, if there is one zombie, there are many more lurking in the background, unseen until you’ve put that first satisfying bullet through the brain. Then they show up like they have a special radar system, with a tracking device for any unusual sound. If you manage to hack through, you realize unless you’ve got an army behind you, it’s best to become a silent killer.

The zombie epidemic is perfectly understandable, as the early response to zombie control unleashes the military with strict extermination orders. Their military might rapidly proves ineffective, as they have no realization that you can blow a zombie to smithereens, but unless you hit the brain, those zombie pieces will be gnawing away at you. However, if you’re accustomed to your favorite hero saving the day, The Walking Dead is going to become depressing. In fact, the show’s morals, or lack thereof, is what makes it so unique among many other TV series that explore dangerous antagonists. 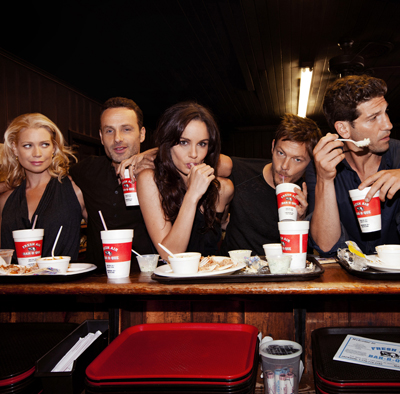 The cast of The Walking Dead are the American symbol of the anti-hero: They are perfectly human, which is to say, they are far from perfect. They quarrel, seek to divide the group, harbor suspicions, form jealousies and power play. As the leader, Rick Grimes, tries to hold them together, his decisions often end in disaster. Instead of a hero, he is accused of weakening the group as a whole. What the other members of the group blithely ignore, is that each time trouble brewed on the horizon, it was because somebody hadn’t done as they were told. The proverbial authority figure is certainly perverted through the morally ambiguous characters of Grimes and Shane Walsh, not to mention The Governor, a man of the people who fought against corrupt National Guard militia, only to become consumed with power and sadism.

All this zombie role-playing is certainly not feminist-friendly. Not that the zombies have any particular preference for women over men, but in this apocalyptic world, women are generally consigned to washing clothes and cooking meals while the men stand guard for zombies. Only the most adamant of females are given gun rights, and only a few are wicked enough to carve their way through zombies without a galloping knight to save them. Lori Grimes has been painted as an unfaithful wife, a self-righteous mother, and in the end, a doomed baby maker. At least we get to see a not so gradual transformation of Andrea, from mourner and victim into hardened warrior. At least for a while, before she goes back to square one, as the naive sex partner of The Governor.

The moral of the story is, of course, in a zombie apocalypse there are no morals and whatever you thought you knew about humanity, virtue and fairness, is sacrificed because of the weightier need of group survival. It’s a perverse and heartless brand of socialism, that has more in common with tribalism than anything we learned in the United States justice system. And yes, it’s damned fascinating and the only show of its kind on TV. And that’s not to say that the zombie kind don’t have their own justice system to work on, if not yet constructed, then at least budding. After all, they don’t discriminate, they work well together, and their needs are rather simple. They just want to eat another day. In fact, don’t be surprised if by the third season, you yourself begin developing a strange urge to bite someone.