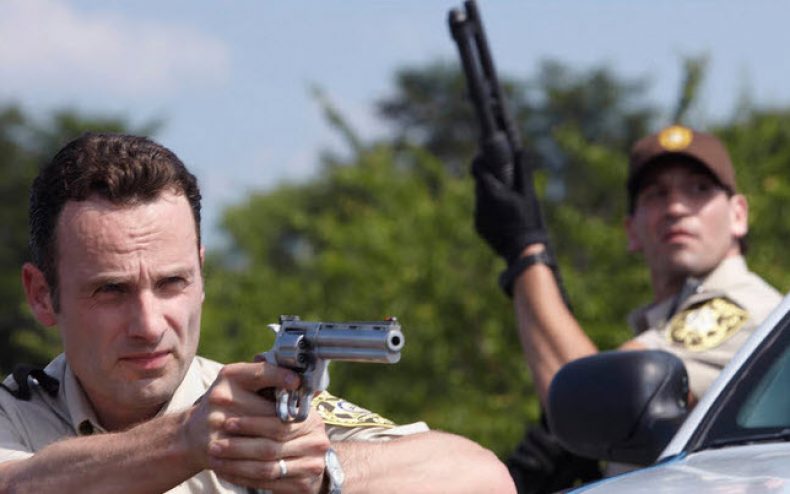 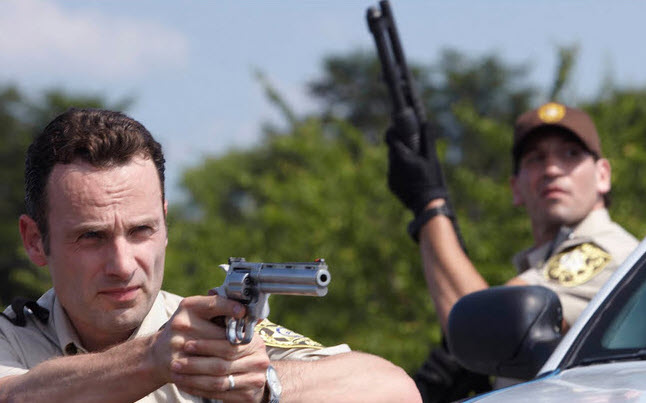 The AMC series The Walking Dead debuted on October 31st, 2010, and The Walking Dead trailer is what helped spark the show that has taken television shows to a whole new level .  The first episode was a 90 minute show that would get things started in this new hit series.  The Walking Dead trailer would captivate audiences and take the word “TV Series” to a new meaning as this show is the first zombie series to hit the waves.  The zombie based show has both a story line and brutality that will capture all fans and viewers.

The Walking Dead trailer opens up with the Sheriffs chasing down a criminal who is fleeing in a car with the cops in hot pursuit.  The main character, Rick Grimes, is stationed at roadblock up ahead with other police man ready to end the chase.  The chase ends with the car flipping over from spike strips and then a shoot out occurs as the fugitives emerge from the vehicle.  Rick, who is Shane’s partner, gets shot pretty bad by what appears is a shotgun and ends up in a coma in the hospital.

A big fan of The Walking Dead television series. In my spare time I enjoy blogging and simply hanging out. Oh and lets not forget, Go NY Giants!
You might also like
AMCRick GrimesTV Series