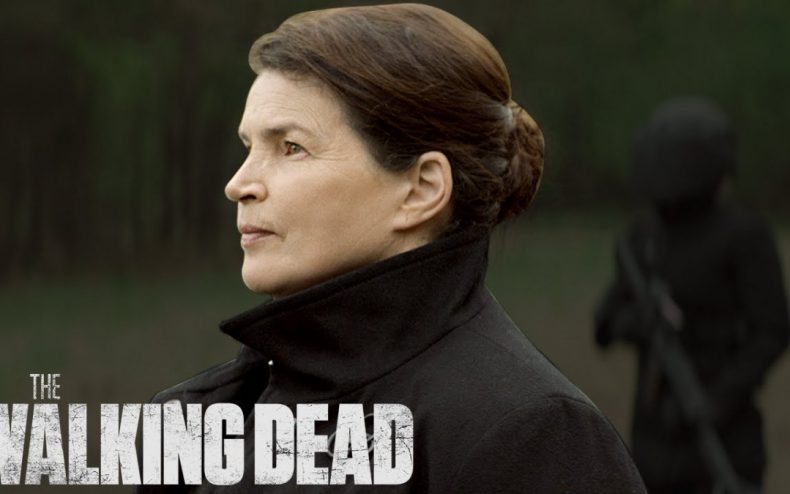 Last weekend, during the first ad break of the Walking Dead midseason finale, we got our first trailer in ages for the 2020 spinoff series. There was what appeared to be actual footage from the show (every teaser prior has used promotional imaging), and we finally, finally got a name for the thing: The Walking Dead: World Beyond.

This short trailer introduces Julia Ormond to the cast as Elizabeth, “the charismatic leader of a large, sophisticated and formidable force.” She joins Annet Mahendru (Tyrant, The Americans) and Aliyah Royale (The Red Line) as Huck and Iris, the two central characters.

Nico Tortorella (Scream 4, Younger, The Following) plays Felix, an “honorable man of his word who isn’t afraid to fight for others’ safety and acceptance.” There’s also Hope, played by Alexa Mansour (Unfriended: The Dark Web) and described as “a good-natured rule breaker who lives for today.” Nicolas Cantu (The Amazing World of Gumball) plays Elton, “small for his age in addition to being friendly and an old soul.” Finally there’s Hal Cumpston as Silas, “a shy loner that scares some kids, but he hates the fact that he scares people.”

The first season of The Walking Dead: World Beyond will be ten episodes long, and will premiere on AMC in the spring of 2020. Matt Negrete is serving as showrunner, and the familiar Scott M. Gimple is producing.