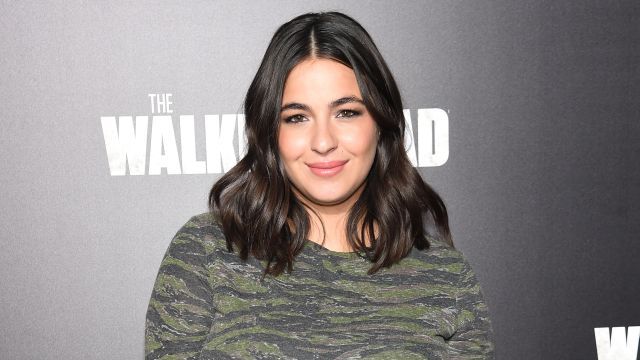 No sooner does a character announce her pregnancy on The Walking Dead than a cast member actually gives birth. Alanna Masterson, who currently plays Tara on the show, gave birth to a bouncing baby — actually, the gender hasn’t been announced yet, nor has the name.

Followers of Masterson’s Twitter account have known about the impending child for several months. It was back in July that she revealed her baby bump in a photo along with the caption, “Guess what…?��? @brickstowell.” That first emoji is a baby head.

She’s been keeping people up to date on the events of the birth as well. “Been awake for days,” Masterson said as the caption to a photo of her exhausted-looking self lying in bed. She also posted a photo of her mate dressed in scrubs, apparently ready to assist in the birthing process. Finally, this morning Masterson tweeted a photo of a tiny foot.

This is Masterson’s first kid, which was sired with the help of her boyfriend, who is literally named “Brick.”