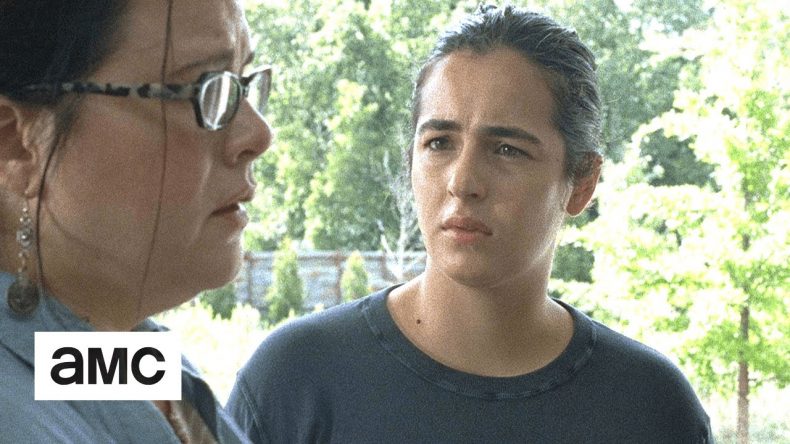 The seventh season of The Walking Dead hasn’t moved very fast, mainly due to the problem of juggling so many viewpoints, but maybe we’ll finally get some movement next Sunday — it is the midseason finale, after all, and it’s tradition to leave us with something.

AMC has decided to be more than generous this holiday season and gift us with three sneak peek clips. The first of these involves Tara, freeze-dried lemonade, and painful memories of Denise.

The second clip aired on Talking Dead last week and shows Rick and Spencer preparing to journey across the Zombie Lake to gather supplies from a heavily protected houseboat. There’s a small boat in front of them, yes, but it’s not of much use…

The third and final clip features the return of Carol and Morgan after so many weeks. Someone appears at the end who has “something important” to talk about. Does it involve a case of empty bottles?

The Walking Dead wraps up its crazy, tumultuous 2016 with a 90-minute episode this Sunday at 9 on AMC.