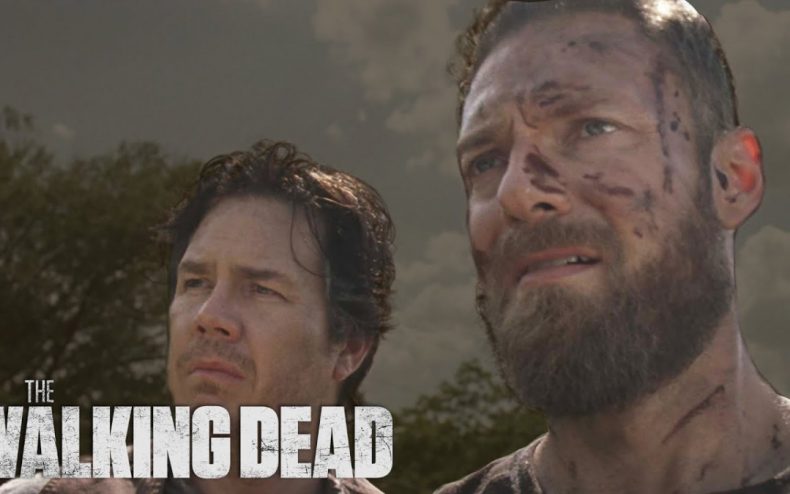 The latest preview for the next Walking Dead episode presents a typical day in the life of an Alexandrian. The sun rises, Carol shuts off her alarm and pops a few pills. The team assembles, goes exploring, and one of them goofs around with a staff making ninja references (we guess a ninja movie must have played in that theater before it was destroyed).

The scene is basically a Spark Notes version of a typical Walking Dead episode, its quick cuts depicting an entire day for the show’s characters….and this is, again, the opening minutes of an about-to-air episode, so the plot should move quickly (for once). In fact, the events of more than one day are shown here, with the pace accelerating as the clip goes on.

There is no second clip this week, but there are a couple Talking Dead clips available. One of them discusses the recent news that, upon the cancellation of Whiskey Cavalier, Lauren Cohan will be returning to the show. The clips also have Thora Birch, so that’s cool.

The Walking Dead airs its latest episode tonight at 9 on AMC.