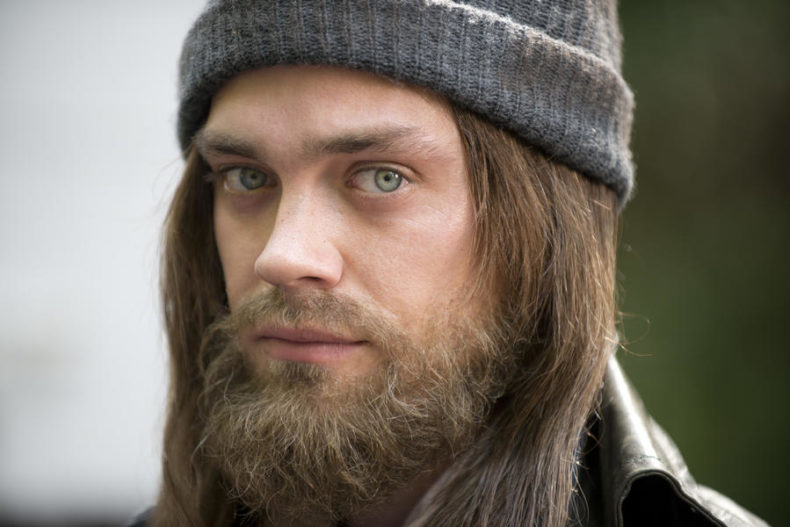 How many more actors can TWD shed? Even with the departure of two major characters, it looks like AMC’s flagship show still isn’t afraid to pull surprise deaths out of nowhere. What does actor Tom Payne think about the most recent development?

Payne, as you know, has played the long-haired (and recently man-bunned) Jesus on The Walking Dead for 2 1/2 seasons. But two and a half are apparently all he’ll get, as his character became the first victim of the Whisperers last night. How’s he feeling right now?

Surprisingly relieved. As Payne told THR in a new interview. “They gave me a really cool ending, and I’m happy with that.” What he hasn’t been happy with is Jesus’ treatment when he was alive. “I know a lot of people are going to be bummed about it, but I’ve been bummed for the last two years, that the character hasn’t gotten as much cool stuff [on the show] as he has in the comic books.”

“They were aware I wouldn’t be unhappy if they got rid of me. I expressed unhappiness last season. I was very frustrated with what the character had been doing. He arrived in a very cool way, and then he floundered at the Hilltop…He’s the most capable member of the entire group! And he wasn’t used at all [on the show]. In the background, I was training every single week. I was ready and raring to go. You can’t help but feel a little bit despondent when you’re not released to do some cool stuff.”

Now that the show is no longer able to use Rick or Maggie (at least for the time being), it seems especially bizarre they would abruptly kill off another character that could have filled the gaps with plenty of Kirkman-penned moments yet to be utilized. His actor was willing, the material was there, and yet….Read the full interview at THR.