Town of The Living Dead Starts Oct. 7 on Syfy 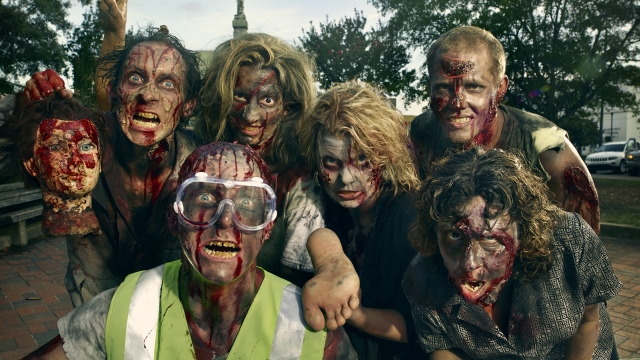 They Syfy channel is already bringing you low-budget zombies with its movies and new series Z Nation. How about no-budget? Or at least as close to it as possible.

That’s what you’re going to get in the channel’s new reality show, Town of the Living Dead, which begins Tuesday, Oct. 7 at 10 p.m. The show chronicles the residents of Jasper, Alabama as they try to finally finish their zombie film THR33 DAYS DEAD. The film has been in the works for six years and uses local residents for the cast and the town as its backdrop.

The picture is the brainchild of John M. Ware, who is the writer/director/and one of the stars of the film between his shifts at Radio Shack. Expect plenty of small town quirkiness and reality show drama as the crew races to meet a deadline set by the show.

If they finish filming in time, Syfy has promised to help them make what they’ve created into a finished movie which will air on Syfy, They aired Sharknado 2, so this couldn’t be any worse.

Check out the trailer above, and the official site here.