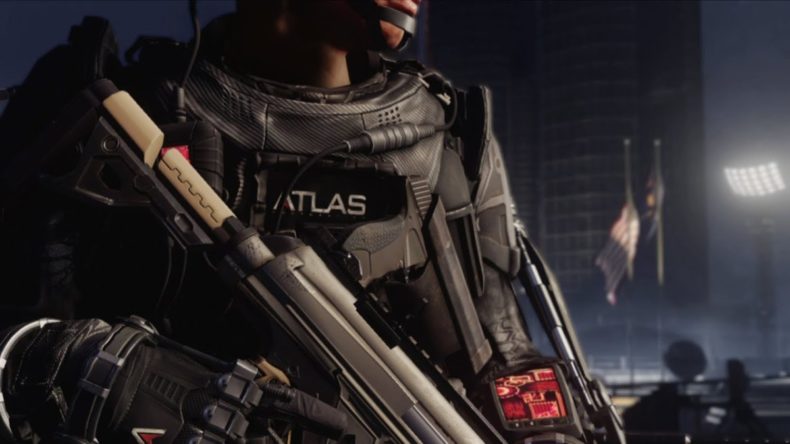 Activision has dropped this story trailer for Call of Duty: Advanced Warfare. It sets up the story of the game and we’ll get to that in a minute, but first, skip to the end. Trust me.
Did you see that? Multiplayer world premiere August 11.
All right, looking forward to that. Back to the story.
The gist of the story trailer is that there was a huge terrorist attack, terrorists striking nuclear reactors on five continents simultaneously, that led to crippled world governments turning over much of their power to Atlas, a private military contractor run by Kevin Spacey’s character, Jonathan Irons. Atlas has the largest military in the world and nearly absolute power, so much that Irons doesn’t care if the U.S. Congress approves his plan to war.
And absolute power corrupts absolutely, of course, so things go from there. It ain’t Shakespeare, but it could be a fun ride. Also, I’m willing to bet dollars to donuts we’ll find out Atlas engineered the terrorist attack that helped it rise to power.
The trailer also shows off some more of the gameplay and tech from the upcoming game. Of particular interest are a tiny camera the size of a fly and the flying suit pictured above, which are hopefully playable items. Another scene that shows that even with mechs walking around, future soldiers aren’t above settling things with an old-fashioned knife fight.