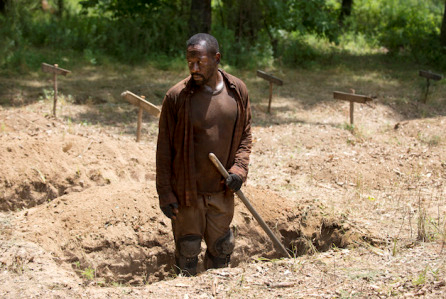 Even the special extended 90-minute episode of “The Walking Dead” was not enough to stave off a third-place finish in the ratings for the night as TWD finished behind the Sunday night NFL game between the Green Bay Packers and Denver Broncos [23 million viewers] as well as the fifth and deciding game of the World Series between the Kansas City Royals and New York Mets [17.2 million viewers].

“The Walking Dead” pulled in 13.3 million viewers for its extended episode however it has yet to defeat the NFL Sunday night game this season – something it did with regularity last season.

The Walking Dead Returns, Loses To NFL In Ratings

The Walking Dead Beats NFL Again
Be the first to comment!
Leave a reply »