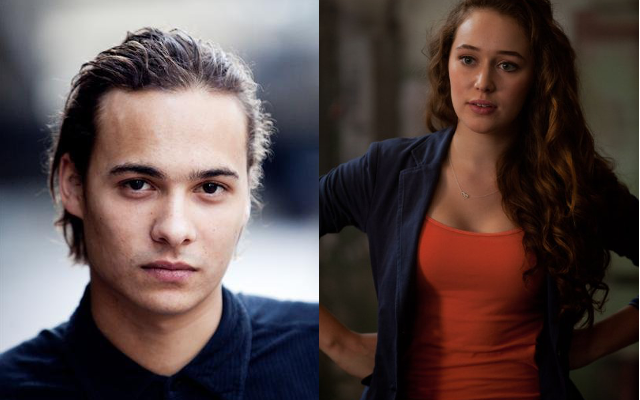 Sorry, there won’t be any The Walking Dead to keep you warm through the long months until February 8 rolls around and the second half of the season begins. But work on a second The Walking Dead show that might kill the cravings while the main show is not on the air is underway, and two major casting announcements have been made for the pilot.

Deadline reports that Frank Dillane (Harry Potter and Half-Blood Prince) and Alycia Debnam Carey (who co-starred in Into the Storm with The Walking Dead alum Sarah Wayne Callies) have been cast in the pilot.

The main characters of the show, at least how the production is describing it now, are a male divorced teacher and a female guidance counselor. Dillane will play the son of the guidance counselor, who is unfortunately saddled with a drug problem during the apocalypse. Carey will play the woman’s daughter, described only as “ambitious.” It has to be noted that The Walking Dead producers routinely use fake character descriptions to throw spoiler hounds off the scent, so these might not hold true when the show airs.

Deadline also says the spinoff is code-named Cobalt, is set in a location separate from Atlanta, and will be directed by Adam Davidson.

Report Says The Walking Dead Companion Series Will Be Set in L.A.

Cliff Curtis Cast as Male Lead in The Walking Dead Companion Series Pilot
Be the first to comment!
Leave a reply »