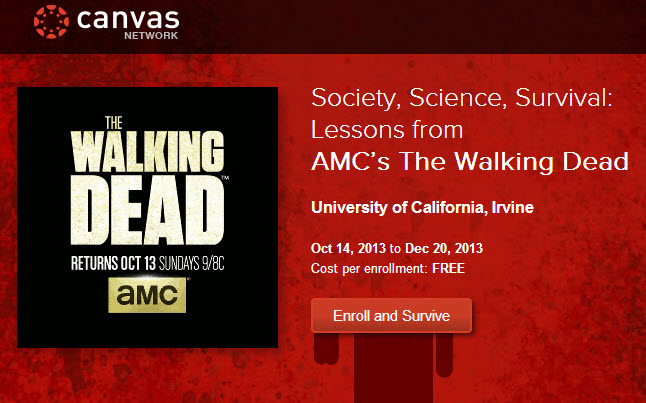 The online course is open to the public and will cover 8 weeks that will discuss the show and various aspects that surround the series. Melissa Loble had the following to say about the course. 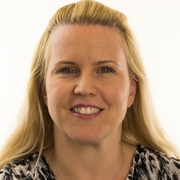 The course will include a look at a number of topics, including managing stress in disaster situations, social order and public health and infectious disease.

“In The Walking Dead, there is a tragic absence of any semblance of public health agencies, expertise, or communications for the surviving members of society,” reads the course catalog.
The syllabus includes “thriving on a post-apocalyptic diet.”

The course may seem to be a joke, however Loble stresses that it is actually serious. She explains that the nature of the course will draw attention, but in the end, it’s a real course.

In “modeling a zombie outbreak,” the class will “explore how mathematics help study the dynamics of disease spread within a population. “Using the walker world as an example, we will begin dividing the population into different groups (human, zombie/walker, and permanently dead) and then use the interactions among these groups to formulate and utilize our mathematical model.”

The course materials will consist of seasons 1-3 of The Walking Dead, with an active discussion about season 4. Season 4 of the AMC television begins on October 13th, so the course begins one day after the new season, enrollment is free, so sign up below!