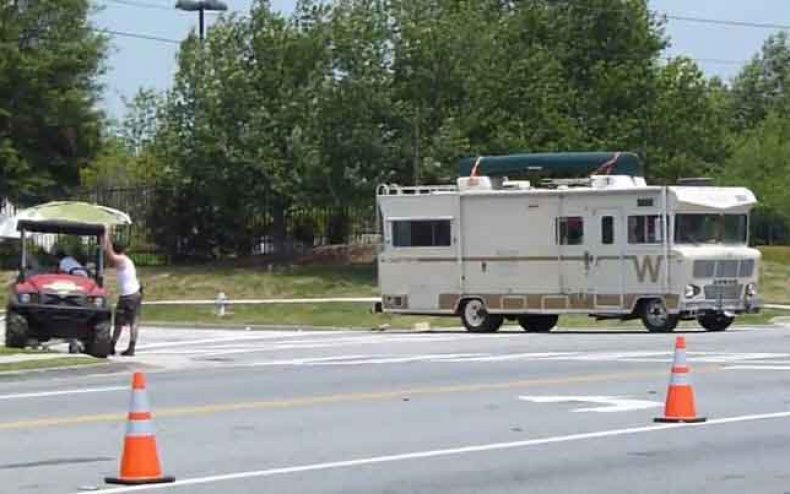 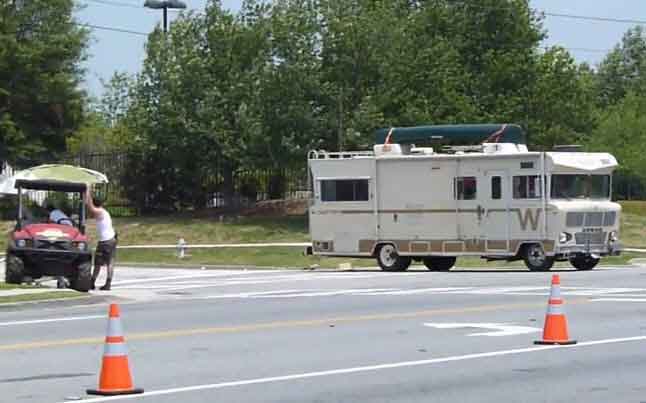 We have found yet another video that shows some of the behind the scenes filming for The Walking Dead season 2 which will premiere this October 16th. When we come across these videos we love to take the opportunity to share them with you to give you some insight into the filming and possibly some scenes you will see next year. We were able to find other videos that we posted previously that featured some season 2 filming  both of which had shots of the RV appearing to flee the now destroyed CDC. 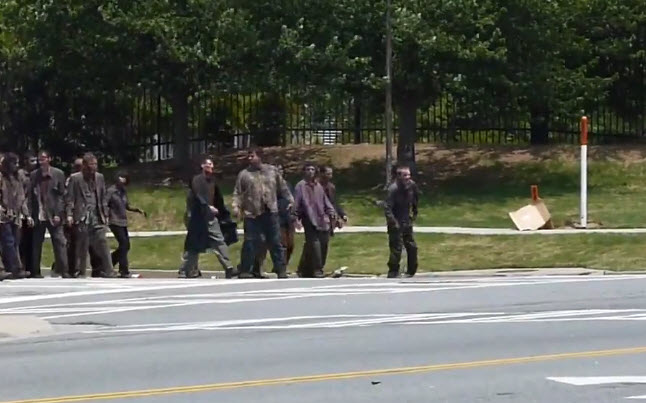 This newer video that we found is of the same scene, but just that of a different angle. During the early taping and filming days for the second season the show picked up where the first season left off, at the CDC.  During the season finale of season one, “TS-19”, the survivors barely make it out of the CDC which was about to self destruct. This scene is part of the first episode that will continue the adventure this fall as the survivors leave Atalanta and head for a new area to survive.

You can see in this video the RV heading down Cobb Parkway and being chased by a group of zombies. As the RV crosses the intersection, you can catch a glimpse of about 12-15 zombies following close behind. The video even has a funny ending.  Watch closely as the zombies turn around to head back to the set, you can see 2 of them embrace in some zombie love. The Walking Dead season 2 is getting closer and closer and as we find more videos, we will be sure to share them.

A big fan of The Walking Dead television series. In my spare time I enjoy blogging and simply hanging out. Oh and lets not forget, Go NY Giants!
You might also like
AtlantaFilmingTV Filming

The Walking Dead Season 2 Scene Video!
Be the first to comment!
Leave a reply »