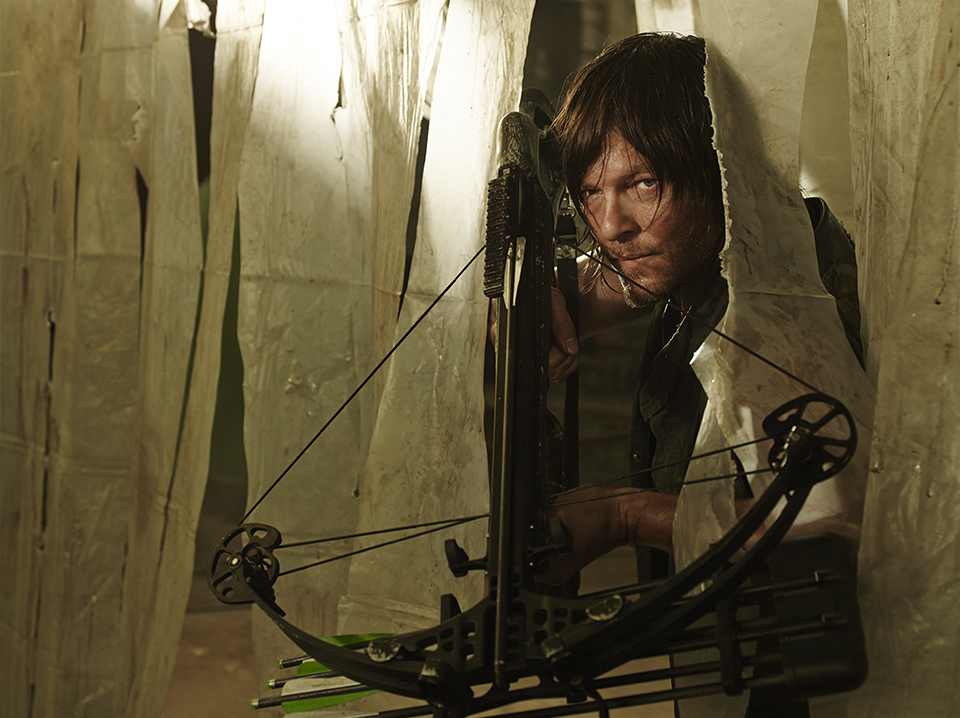 The Hollywood Reporter has a fun article which surveyed The Walking Dead cast and asked them about their survival odds in the upcoming season and any advice they’d give their characters.

The article takes the form of “Hook Up, Die, or Be Separated,” a twist on the game, and I’m going to use Rick’s toned down boxcar terminology here, “Screw, Marry, Kill.” Spoiler, almost everyone picks hook up, because who would pick the other options? The whole thing is worth reading, but there are definitely some highlights.

First, just so you don’t riot, Norman Reedus thinks Daryl is more likely to find love than a walker bite.

His advice for Daryl is to “learn how to sail a boat because I think we should go on the water now!” I think that’s the smartest The Walking Dead related thing anyone has ever said, but if the characters were that smart of course there’d be no show.

As for whom Daryl will hook up with, well, people have their preferences. Emily Kinney tellingly says she wants Beth to hook up with someone.

“I’d love her to hook up with someone. I don’t know who. She had the boyfriends and in the apocalypse, everyone wants to get some action! I feel like Beth should grow up and get a really good boyfriend,” she said.

Unfortunately Melissa McBride did not participate in the interview, so we don’t get her take on what Carol should do, or whom.

The most enlightening about season five, however, comes from Andrew J. West, who gives us some insight into his character in the form of his advice for Gareth.

“Keep on doing what you’re doing — you’ve got a good thing going. He’s made it so far and he’s figured something out. I’d be asking him for advice. What we are going to learn about Gareth is we don’t know the ways in which he has managed to survive this long, but what we do know and will come to learn is that he is a philosopher of survival. He’s given it a lot of thought and meditated on what it takes to survive in this new world. We are going to get to see many sides of him over the course of the beginning of the season. It’s not just going to be a one-dimensional kind of thing. We’ll see a lot. I wouldn’t say he’s The Governor,” West said.