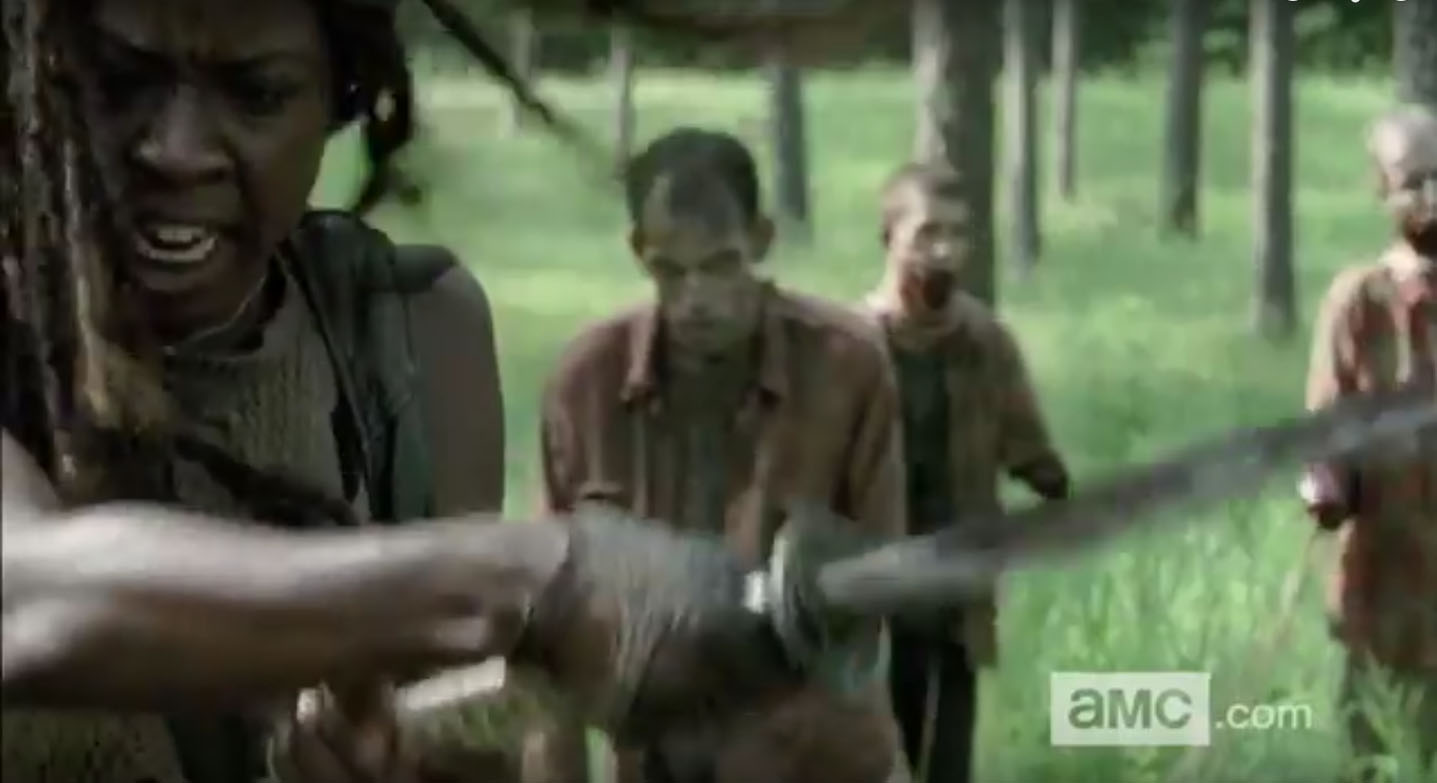 Which Walking Dead character would you say has been through the most crap? In these three videos just released by AMC, Andrew Lincoln (who plays Rick), Melissa McBride (who plays Carol) and Danai Gurira (who plays Michonne) make their cases for how THEIR character’s lives have been the crappiest. Lincoln goes first:

Rick, naturally, comes to mind when you think of crap. He’s been through multiple betrayals, attempted murders and the death of his wife. Lincoln’s favorite Rick moment is from the pilot, when he rides into the ruins of Atlanta on his horse, and he chose well….if it’s not the BEST Rick moment, it’s in the top ten.

McBride points out that Carol’s life was crappy PRIOR to the zombie apocalpyse, due to her abusive husband. She says because of this Carol was already hardened up and prepared to survive once everything fell. Her favorite moment is from “The Grove” where Carol loses her sister and daughter within one day. Pretty crappy.

Michonne started out battle-hardened and gradually grew a softer side as events progressed — the opposite development of most other characters on the show. We still don’t fully know what she’s been through (presumably a LOT of crap if she turned out like this) but Gurira points out she’s one of the few who has fully adapted to the new normal of the Walking Dead world. Gurira’s favorite moment for her character is the scene where she helped Carl retrieve a sentimental picture from a zombie-infested restaurant. I would agree with her on this.