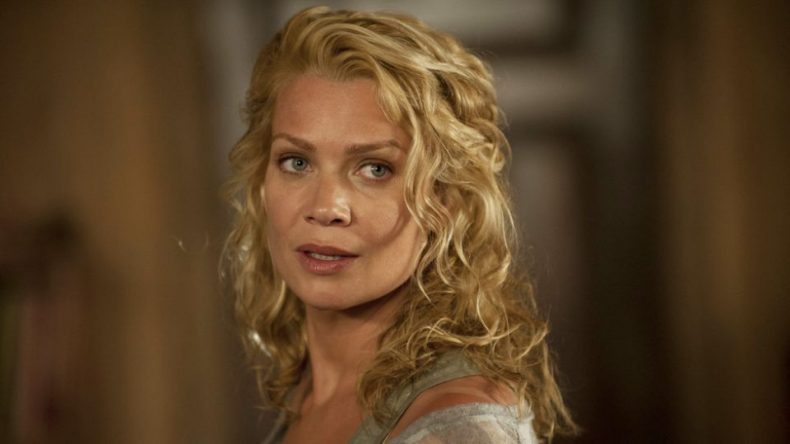 It’s un-hip to be Depp right now. All the good will the actor has generated over the years through his charming characters has been eroding now that his audience has caught on he plays the same guys over and over. The real nail in the coffin for stars in their decline, however, is always something troubling coming to light about their personal life. Last week Depp’s now-ex-wife Amber Heard filed for a divorce AND a restraining order, then published a photo of a black eye she claims Jack Sparrow gave her.

This incident came to light just in time for Depp to return to theaters with Alice Through The Looking Glass, a film that promptly fell harder than Humpty Dumpty. (Don’t feel sorry for Disney; they’ve had two of the highest-grossing films from this past month alone). If there are any fans of Depp at the moment, they don’t seem to want to admit it.

Except for Laurie Holden, who played Andrea on The Walking Dead and tweeted this on May 27: “I, for one, am going to see Johnny Depp’s new movie. His personal life is just that. Personal. No one knows the real truth so just zip it.”

Well, we don’t have a recording of what exactly went down, true enough. But there are plenty of horror stories about domestic violence victims who aren’t believed when they come forward, and any public comment about faking an abuse claim could convince some battered housewife somewhere to keep quiet. Naturally, the response to Holden for saying this was vitriolic.

After a few hours Holden had to comment again: “To be clear: I am just saying DON’T JUMP TO CONCLUSIONS. Even a pic might not be telling the whole story….” I guess it’s possible Heard punched herself in the face, but….it’s unlikely.

Laurie Holden Podcast Interview
Be the first to comment!
Leave a reply »