Two actors from The Walking Dead were involved in a real-life rescue yesterday.

It would seem last Thursday, as Norman Reedus (Daryl) and Steven Yeun (Glenn) were riding their motorcycles around Peachtree, GA near the Walking Dead set, they came across a car accident and immediately stepped off their hawgs to assist. A random passer-by got a photo, which was uploaded to Twitter. 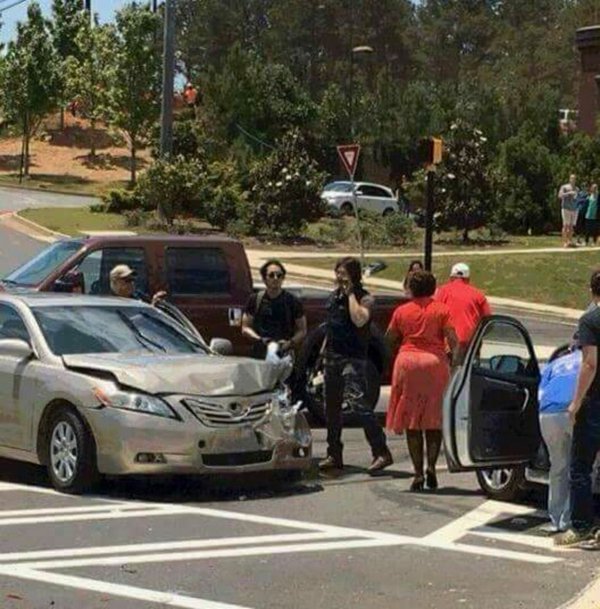 Reedus and Yeun stayed with the victims of the accident until paramedics arrived, and fortunately, we’re told injuries were minor. This isn’t even the first rescue for Reedus, who told a story at Comic-Con last year about driving past a crashed 18-wheeler and helping the man inside escape the wrecked truck. This is what he does; he saves people.

The story was unfortunately broken by the apes at TMZ first, who spent all of two sentences on the incident and then said something about this being proof that Daryl and Glenn survive Negan’s attack. Um, okay. That’s a cute theory, boys, here’s a lollipop for your effort.

Norman Reedus Drops Hints on Daryl’s Fate
Be the first to comment!
Leave a reply »