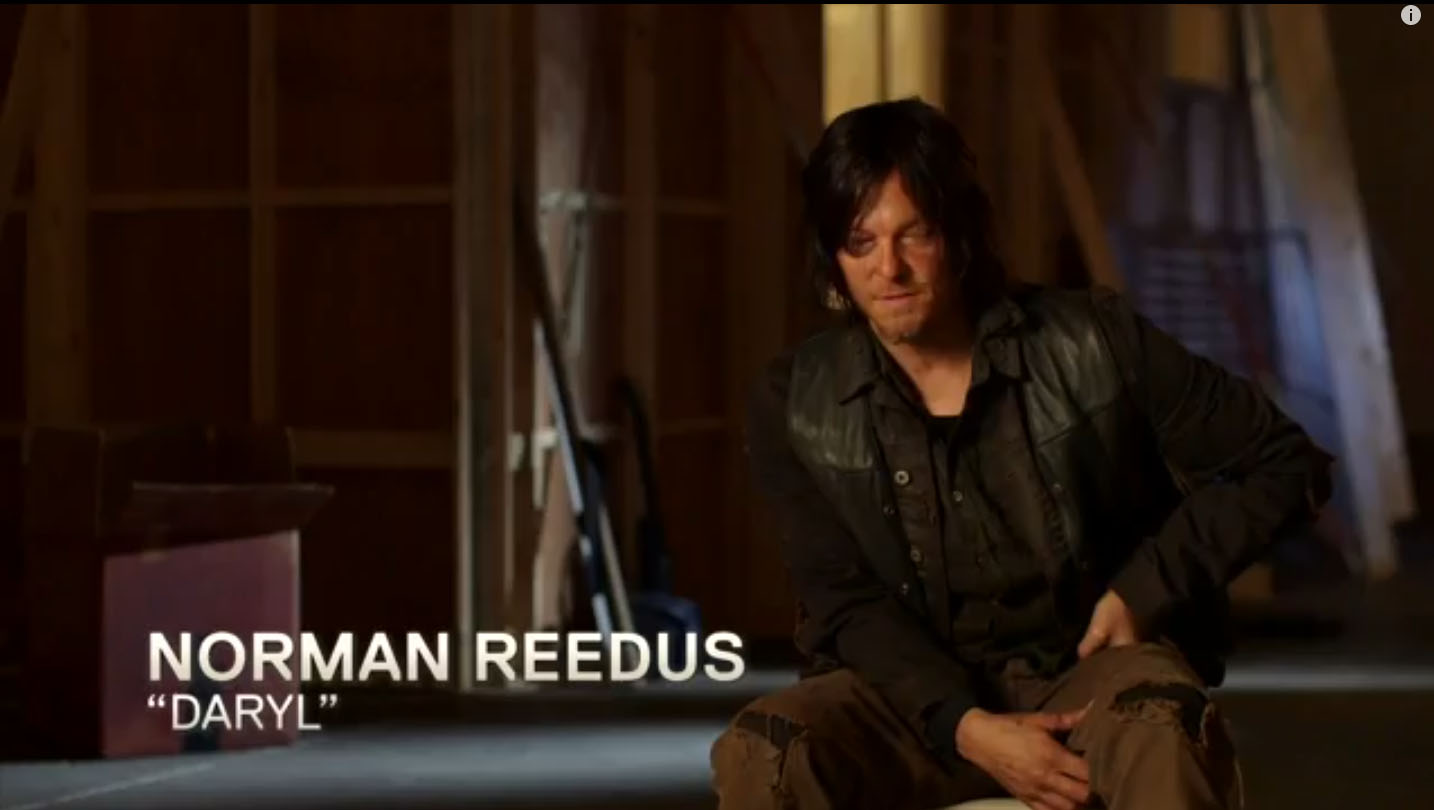 It’s never too early to start thinking about the next season. AMC has released the first of what will likely be many speculative promotional videos relating to season six of The Walking Dead. Norman Reedus, Steven Yeun, Alanna Masterson and executive producers Scott M. Gimple and Gale Anne Hurd all make appearances. The actors say mostly nothing (“I don’t know what’ll happen” is basically all their responses), but the producers and writers tell us they build and shape the show eight episodes at a time. They also suggest the Wolves will become a problem very soon, but that’s not a real surprise.

It ends with Christian Serratos saying “I just can’t wait to kill some more things.” Check out the full three minutes below.

Walking Dead Earning Less Than Expected For AMC
Be the first to comment!
Leave a reply »