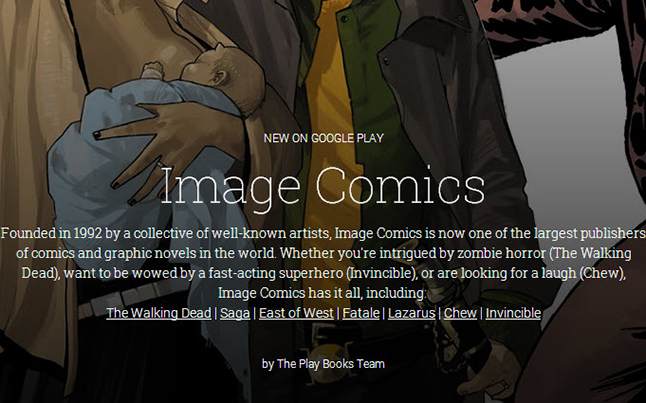 “It’s exciting to bring digital versions of Image Comics titles to the Google Play Store,” said Eric Stephenson, Publisher at Image Comics. “Our philosophy toward digital content is expanding as the market evolves and grows, and this is just one of many steps we’re taking as we continue to move into the future.”

To mark the occasion, Image has made the first issue of the comic series free to download on Google Play Books. That’s right, the very first issue of The Walking Dead comic is free! 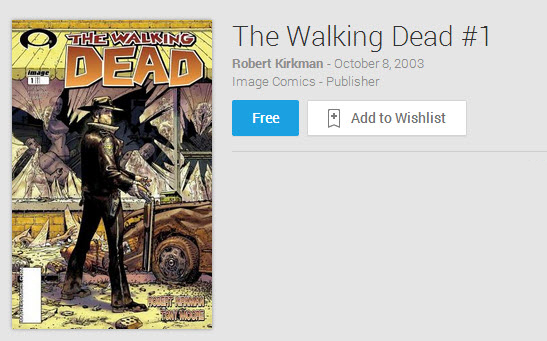 There will be over 500 releases available from Image soon on Google Play Books. The releases include some of their greatest hit titles like The Walking Dead, Saga, East of West, Chew, and many more.

The world is moving more and more towards digital content, and this move of making titles available for download, is just the way to go. Instead of having to run out and buy a copy, you can simply download a copy, and read it when convenient.

A big fan of The Walking Dead television series. In my spare time I enjoy blogging and simply hanging out. Oh and lets not forget, Go NY Giants!
You might also like
Downloadimage comics