The Walking Dead Episode 503 ‘Four Walls and a Roof’ Preview Clip, Pics and Hints at a Shocking Scene 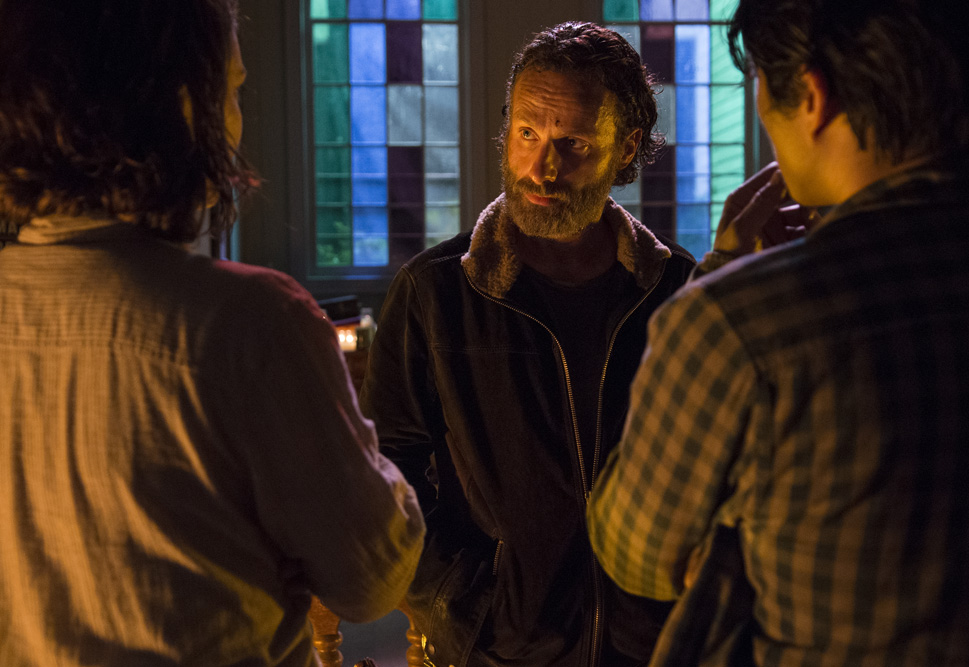 At the end of the last episode of The Walking Dead, “Strangers,” Bob is missing and in a really, really bad place. Carol and Daryl just high-tailed it to God knows where to look for Beth. These events probably, in fairness, have nothing to do with Father Gabriel. But you can understand why Sasha might think they do in this preview clip.

That’s not to say that Father Gabriel isn’t shady. That message about how he’ll burn in hell carved on the outside of his church was probably left by a more than mildly disgruntled individual. Will we find out his dark secret?

There are also hints that we should brace ourselves for an episode that pushes boundaries. Last episode’s ending, with the Termites/Hunters eating Bob’s amputated leg right in front of him, was easily one of the most shocking and gruesome things ever to appear on the show, but it might not hold that distinction for long.

A lengthy interview with Andrew Lincoln from Details magazine focuses on the violence in the show and how far is too far. Tellingly, the the actor was most concerned about how people will react to something that happens in episode three.

“Be advised: Episode three is very, very . . . well, we’re going into uncharted waters with this episode, and I’d be very intrigued to know what you make of it,” he said.

AMC has also released two new stills, one of which shows Abraham looking worried and another which shows Rick talking to the others. They don’t tell us much, but they’re nice to look at, so enjoy. 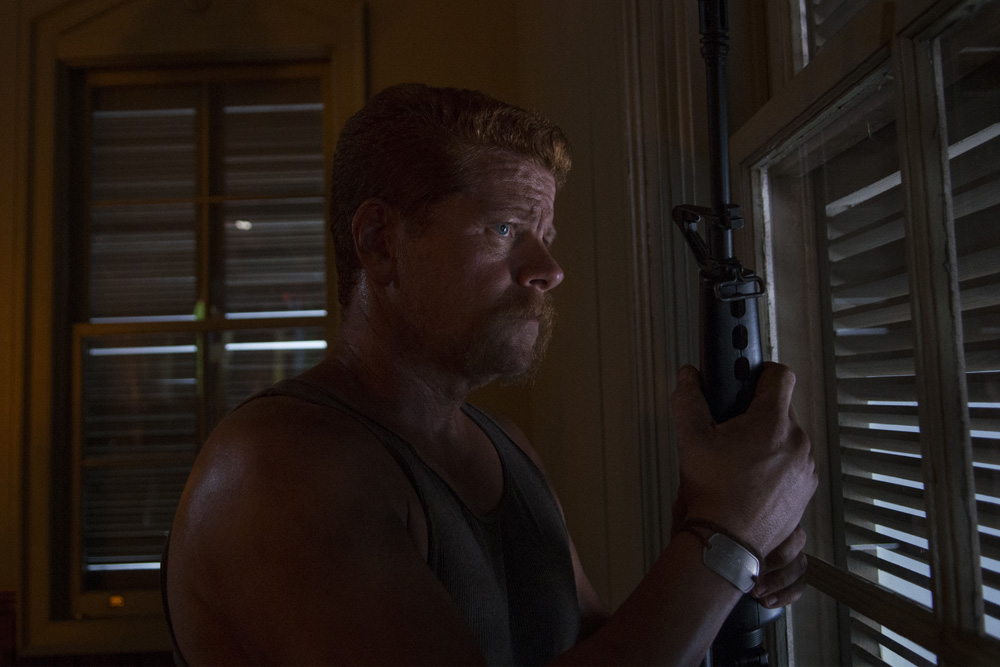