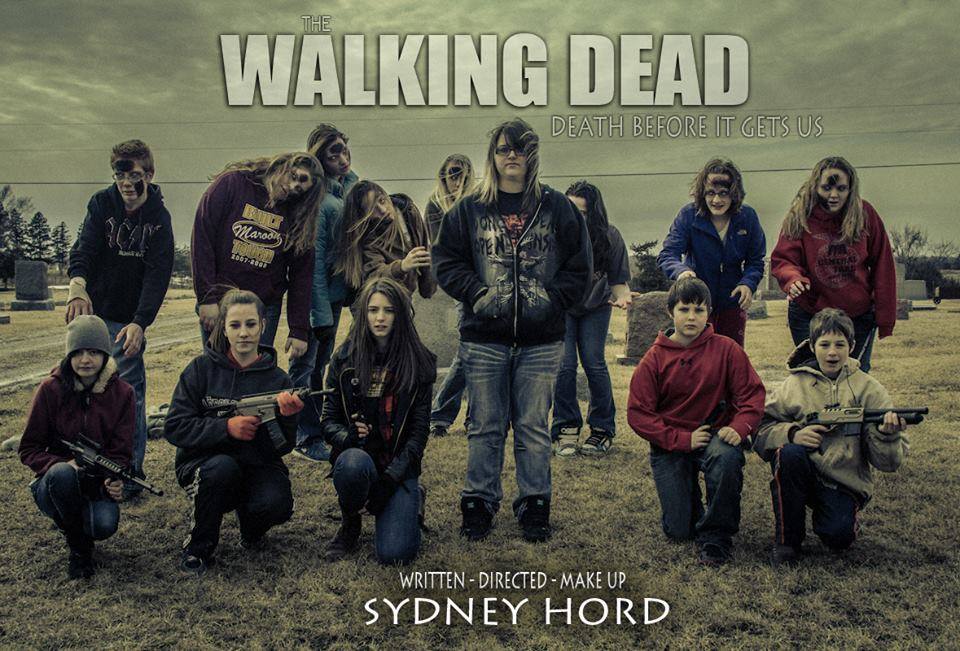 The Walking Dead fans are a dedicated bunch. Their love of the show expresses itself in myriad ways. In this occasionally article we’ll take a look at cool The Walking Dead fans and the thing they create. If you’ve got suggestions for someone who should be featured here, contact me through our Facebook page.

Fifteen-year-old The Walking Dead Fan Sydney Hord’s short film, “Death Before it Gets Us,” had a suitably spooky inspiration. She and her brother Jaiden Frost wrote it while hanging out in a graveyard.

Sydney accompanied Jaiden, a filmmaker with experience doing commercials and other projects, to the cemetery to shoot a music video he was working on. She told him she wanted to make a zombie movie of her own, and the cemetery provided the perfect inspiration.

“We brain stormed and pretty much wrote the story right there,” she said. 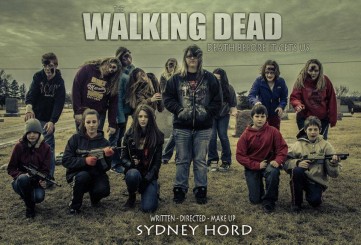 Sydney was motivated to get into making movies by her brother’s example. She got into The Walking Dead thanks to watching it with her mom. She says her favorite character is Daryl Dixon, and she’s also a big general horror movie fan.

Death Before it Gets Us is inspired by the changes to Carl in The Walking Dead, and according to Sydney features “teenagers surviving in the zombie apocalypse without any adults and they pretty much become the adults themselves being on there own. Just like Carl they learn to survive and protect themselves from the danger of walkers” and make “life and death decisions.”

Sydney gathered 13 of her friends from Central Decatur High School to play survivors and walkers and shot the movie guerilla-style in the cemetery on a freezing February Sunday. They used Airsoft guns for the props, Karo syrup mixed with food coloring for the blood, and toilet paper, Elmers Glue, and acrylic paint to create.

“It took maybe 3 or 4 hours. The make up alone took a hour and a half. We were originally going to shoot it on Friday, but a lot of people had stuff to do so we changed it to Sunday,” Sydney said.

After the movie was shot, Jaiden helped put it together and add some computer generated visual effects, including gunshots.

“It was edited in Adobe After Effects using compositing and motion tracking. I was assisted by Director and VFX artist Brett Novak,” Jaiden said.

Sydney said she would like to make more movies in the future.

“Definitely, after making this last one I love making movies,” Sydney said.