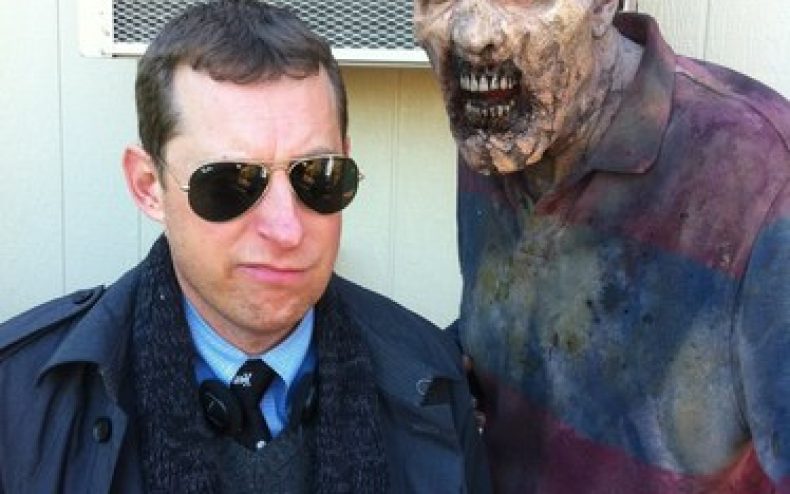 It’s a great read (or listen) with lots of details about how Gimple and the crew set the scene for season four, but I know you want to hear about Season Five, so here’s what he had to say.

“Hmm — I guess I can say, from a vibe point of view, the first eight of Season 4 were one thing, the second eight were something very different. These next eight are going to be something very different again. Things are just going to have a much different tone and a much different practical reality moving forward. The season has a number of shifts of location, and even of the tone. But the tone for most of the season is very, very, very intense. [It’s] going to be very different from the last half-season, and I loved the last half season, but it was always planned out in my head that there would be these big shifts, and we’re about to have one of those big shifts,” Gimple said.

Gimple also said that although it was planned from the start for “Farmer Rick” to become “Rip Your Damn Throat Out With His Teeth Rick,” there wasn’t a conscious decision to go darker.

“I mean, people have said it’s been super dark this season — but it wasn’t a conscious turn into darkness, because I’m just realizing that now. No, it was just taking moments from the comic and playing them up as hard as we can and tying them to characters. It wasn’t like, “Oh, let’s make things darker.” In fact, it’s funny — I don’t think many people look upon me as that dark a person, but some people have looked upon me a little differently this year. Like, “Damn — didn’t know you had that in you!” And I was like, “Well, a lot of this is coming from Mr. Kirkman.” I like it, and yes, I think we’ve done things to even make it darker, but I’m drawing inspiration from some dark material,” he said.

And as you wait with bated breath to find out who is alive and who might be the Blue Plate Special at the Terminus Cafe, Gimple helpfully reminds you that no character is safe.

“Well, that isn’t this show. I mean, it’s a bummer, but nobody’s too important to kill off. I’m not thrilled to say that, but it’s just the nature of this show. Anybody can die, anybody will die, and my goal is that it not just be for shock value and that it serve the story. People might last a good long time, or they might be taken tomorrow. And the speculation of all of it — I try not to pay too much attention to that, because it’s really important that we just serve our story. People are thinking that we’re killing too many people, that we’re not killing enough people. I’m just trying to tell the story,” Gimple said.

There is much more at the full interview. If you’d rather listen than read, you can get the podcast for free here.