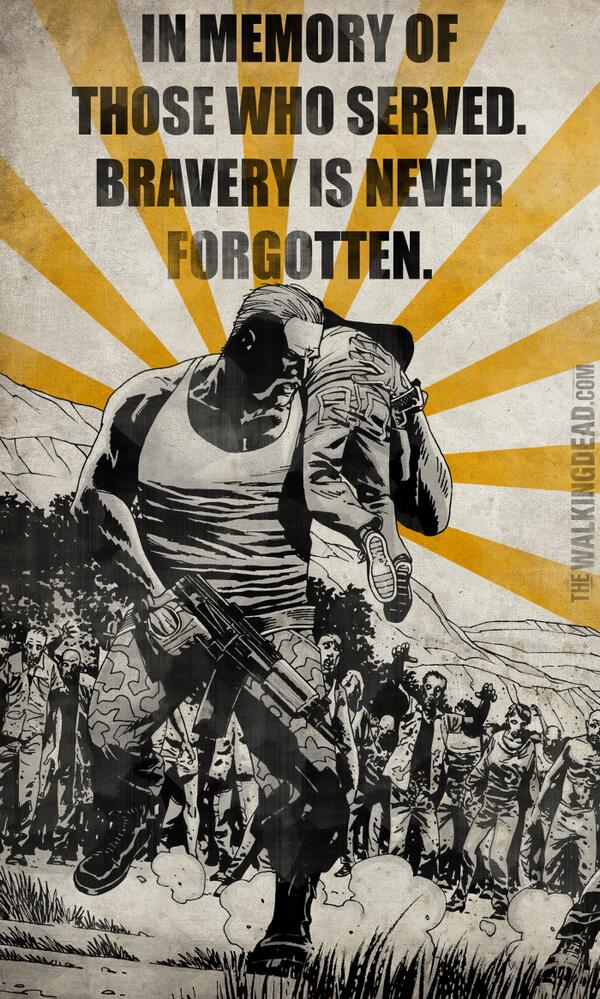 The Twitter account for thewalkingdead.com, the official site of Robert Kirkman and The Walking Dead, recognized Memorial Day with this image of The Walking Dead cast member Abraham Ford and the hashtag #grateful.

But the key word for some people was “fictional.”

“Yes, because casualties of actual wars are equal to those in fictional zombie wars,” Craig Hlavaty said.

The general response to the tweet was positive, however, if a little less than somber. Samuel Blanco simply tweeted “The Grateful Dead.” If that’s an intentional pun, he gets a thumbs up from me.

So, what do you think?

Greg Nicotero’s Saturn Awards Speech Has More Action Than Some Whole Shows
Be the first to comment!
Leave a reply »