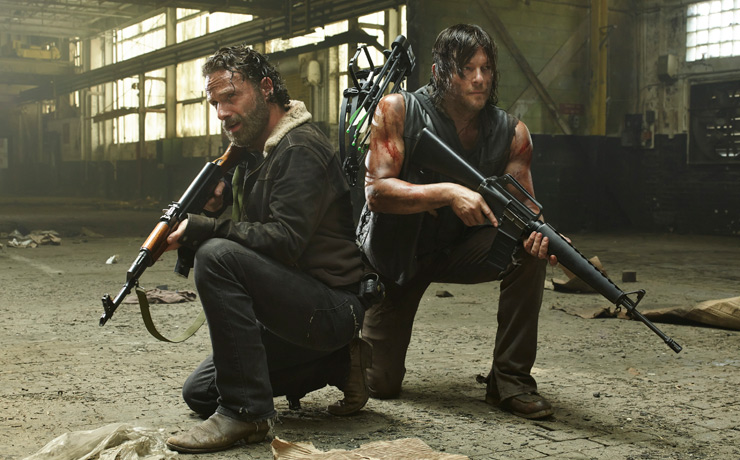 Season five hasn’t started yet, but already AMC is confident enough to give The Walking Dead an order for a sixth season.

According to Deadline, AMC announced today the not surprising news that TV’s hottest show among 18-to-49-year-olds is coming back. In season six Scott Gimple will be back as showrunner/executive producer, joined by other executive producers Robert Kirkman, Gale Anne Hurd, David Alpert, Greg Nicotero and Tom Luse.

Good thing, because they’ve got a lot of comic book left to cover. The Walking Dead returns Sunday at 9 PM ET on AMC.

How many seasons are you hoping for? Discuss in our forums.