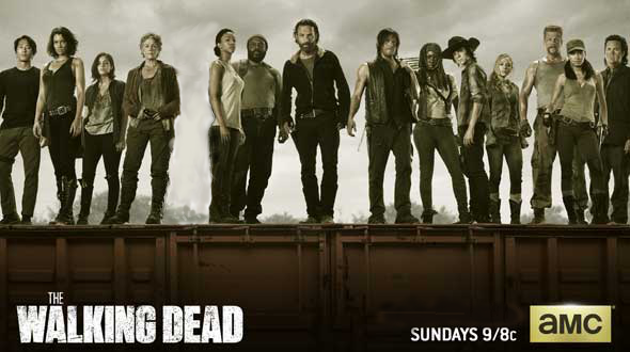 And so, we have our first casualty of the season, leaving a hole in our cast of survivors. We were hoping Bob would pull through, but we had to admit it it didn’t look good. At least it led to a powerful adaptation of one of the most dramatic story lines from the comic books, and at least Rick was able to punish Gareth by keeping his promise to kill him with a machete with a red handle. 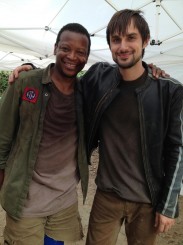 So here’s to you, Bob. Your relentless optimism will be missed. And here’s to you, Gareth. You were, uh, really efficient when it came to being horribly evil. Nice haircut, too.

So the question now is who dies next? The group has already reduced its strength by splitting up, and they might come to regret that soon.

This poll is to let us know who you think is going to bet the next to go. When someone does shuffle off this mortal coil, we’ll update it and ask you who you think the next victim will be. 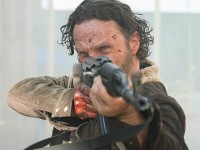 Rick Grimes
Rick has smartened and toughened up through tragedy and learning from his own mistakes until he’s almost a force of nature, a pure survivor. Woe be it to anyone who threatens him or his friends. Rick’s death would be the most surprising, since most of the comic plots, for years worth of stories, revolve around Rick.

Carl Grimes
Other than chill in a boxcar, be reunited with Judith and play boy detective at Father Gabriel’s church, Carl hasn’t had much to do this season so far. There are things down the road that might be bad news for Carl, but death seems unlikely. 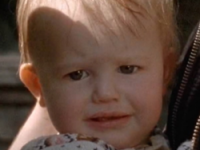 Baby Judith
Judith has had her third major brush with death. She’s long dead at this point in the comics, but it doesn’t seem like the show has been willing to go through with it. She might be more valuable from a plot perspective as a vulnerable member of the group for others, like Tyreese, to protect. 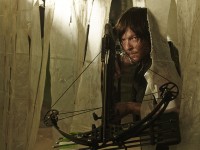 Daryl Dixon
Rick’s brother-from-another-mother and right-hand man, Daryl ran off with Carol to find Beth, then came back. With whom? It’s not likely Daryl will die until the Beth situation is revolved.

Carol Peletier
The only survivor more willing to do whatever it takes than Rick is Carol, as evidenced by her nearly single-handed destruction of Terminus. However, unless Carol has taken up hiding from her friends as a hobby, she did not come back from the hunt for Beth with Daryl. And that’s a really bad sign. 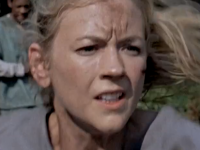 Beth Greene
Beth is in mucho trouble. All we know from teasers so far is that she’s trapped in a crazy hospital and trying to get out. Will the others come to save the day? Can she escape on her own? 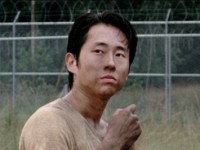 Glenn Rhee
Glenn and Maggie just headed off to D.C. with Abraham. They believe in the cause, but are they making a big mistake? Honestly, though, the producers know we expect Glenn to die and are going to play with that until Negan shows up, like they did with Glenn’s close call in the season premiere. 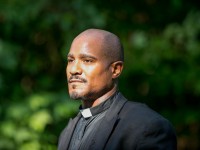 Father Gabriel
We now know how Father Gabriel has sinned. Looks like he’s joining the group, but he’d give Judith a run for her money as weakest walker fighter. How long will he hold out? 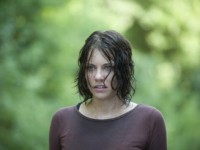 Maggie Greene
Maggie joined Glenn on his dangerous road trip. Beth is still, somewhere, although Maggie decided to road trip instead of go look. Maggie also burned Glenn’s only picture of her. Was that a moment of freedom or a really, really bad omen? 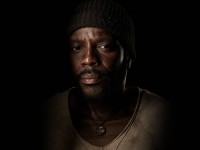 Tyreese
Well, we know now that Tyreese won’t kill the living. He let Martin live even and he didn’t help in the massacre of the Hunters. Can a man hold on to his humanity in the zombie apocalypse and survive?

Sasha
Poo Sasha. She was reunited with Tyreese just to lose Bob. That situation, however, placed her along Rick, Michonne, Daryl, Carol and Abraham as one of the survivors who will do anything it takes to make it. 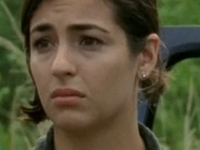 Tara
Everyone welcomed Tara with open arms. But she’s still no killer, as we saw during the church massacre. She’s still loyal to Glenn and went along for the ride on the Washington, D.C. road trip, which could be a dangerous mission. Seriously guys, the bus flips, we saw that in the trailer. 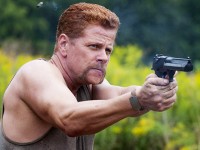 Abraham, Rosita, and Eugene
Is Eugene really the extremely unlikely savior of the world? Or is Abraham grasping at straws? Their mission is to make it to D.C. to stop the outbreak, will the other survivors help? Who is Abraham crying over in the season five trailer, his lover Rosita or humanity’s last “hope” Eugene?
0 likes
Extras, TV Series, Zombies
bob stookeygarethSeason FiveThe Walking Dead Pool