A Walking Dead Prequel? The Spinoff Could Actually Be A Prequel 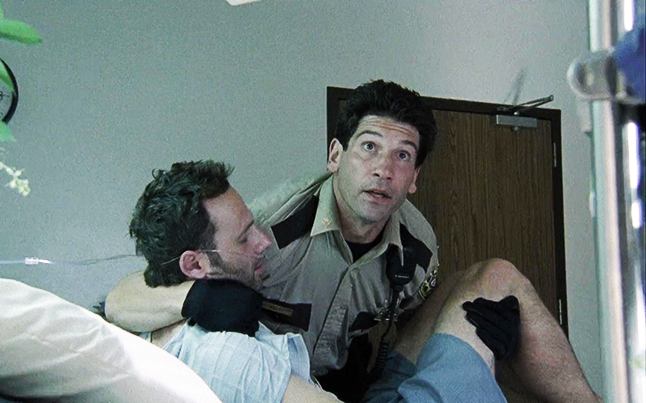 The Walking Dead spinoff that so many fans have been talking about and discussing could actually be a prequel, yeah a Walking Dead prequel. That would not only be really cool, but incredibly awesome.

I mean how many of us are dying to know what happened prior to Rick Grimes waking up in the coma? If I had to guess, I would say most of us are.

When season 1 of The Walking Dead starts you really don’t get too much background information, then all of a sudden, Rick wakes up in the zombie apocalypse. Wouldn’t it be nice to actually know even just a little bit more?

While AMC has not confirmed, and even declined to comment on the idea of the spinoff being a prequel, it definitely has created a lot of talk. We do know that the spinoff will not take place in Georgia, and it won’t even have the same characters.

“It’s a really different location with completely different people, so we are going to see an entirely different corner of the ‘Walking Dead’ world,” Kirkman explains. “It definitely won’t be set in Georgia, I can at least say that.

“It’s important to us that this show exists on its own. The spinoff has to be a show worthy of existing, or else we’ve all sold out. So that’s something we’re all working hard towards doing, and I think we can pull it off. I think that the ideal situation is, when you’re watching the spinoff, you’re like, “Wow, this is a really awesome show.” The whole other show doesn’t need to exist for this show to be cool and stand on its own.” – IGN

The spinoff is set to air sometime in 2015, and so there is plenty of time. However, they should really consider a Walking Dead prequel as that would be the way to go in my opinion. I think everyone simply wants to know more about what happened prior to the world going to hell.

A big fan of The Walking Dead television series. In my spare time I enjoy blogging and simply hanging out. Oh and lets not forget, Go NY Giants!
You might also like
AMCprequelExtras