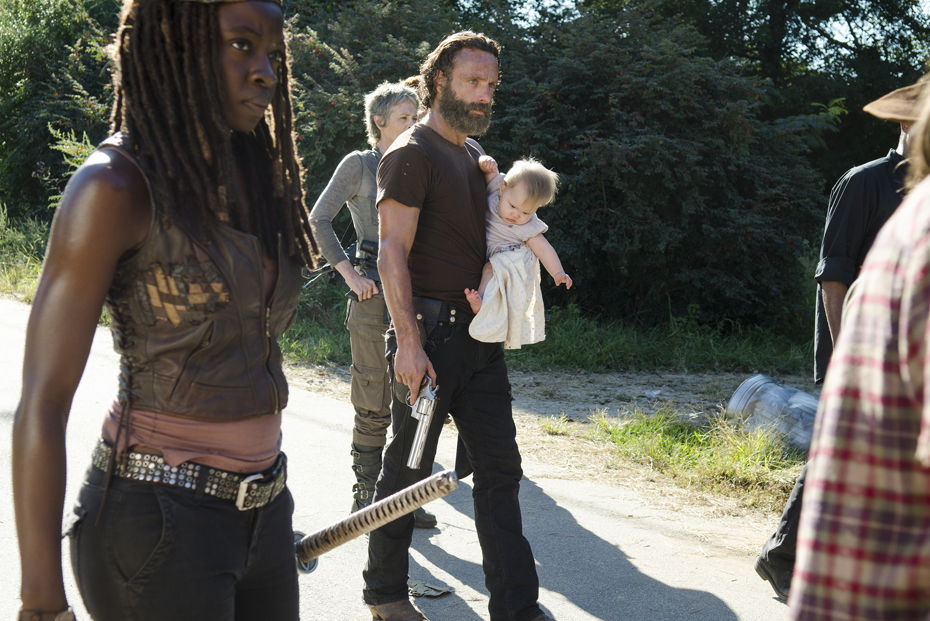 Conventional wisdom would have told you that The Walking Dead, which fell heavily against an SNL 40th Anniversary Special the previous Sunday, would have had a tough time in the ratings against the Academy Awards.

But conventional wisdom wouldn’t have been able to guess that this would be the least-viewed Oscar telecast since 2009, which might have helped The Walking Dead to gain more viewers over the previous week.

February 15th’s The Walking Dead episode, “Them,” drew a total of 12.3 million viewers against a strong SNL special. That was down 22 percent from the mid-season premiere “What’s Happening and What’s Going On,” which saw 15.8 million viewers tune in.

But according to new numbers, Sunday night’s airing bounced back to 13.4 million viewers with a very strong new episode “The Distance.” The Oscars just weren’t as tempting as they have been in recent years with Deadline reporting 36.6 million viewers, down 18 percent from last year and the same as the 2009 Oscars.