The Walking Dead Has Been Renewed For Season 5 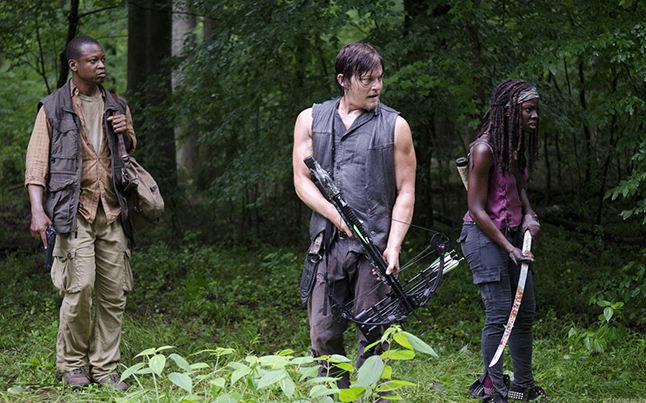 The Walking Dead has been renewed for season 5, but wasn’t that practically a given? The hugely popular television hit that has captivated audiences, and smashed television ratings, will be coming back next year for season 5.

“We are very happy to make what has to be one of the most anti-climactic renewal announcements ever: The Walking Dead is renewed for a fifth season,” said Charlie Collier, AMC president. “This is a show that has erased traditional distinctions between cable and broadcast. Its expanding base of passionate fans has grown every season, most recently – and most notably – with the season four premiere earlier this month, which broke viewership records for the series and became the biggest non-sports telecast in cable history. On behalf of the incredible team on both sides of the camera, thank you to the fans and here’s to more Dead.”

AMC also announced recently that they will be producing some sort of spinoff to the series as well. The show has continued to grow year after year, and it has yet to peak in terms of viewership. We can expect AMC to continue to renew the television show as ratings continue to demolish the competition.

We can’t wait to see what’s in store for season 5 of The Walking Dead!

A big fan of The Walking Dead television series. In my spare time I enjoy blogging and simply hanging out. Oh and lets not forget, Go NY Giants!
You might also like
AMCseason 4Extras