The Walking Dead Season 2 Game Trailer Is Now Out 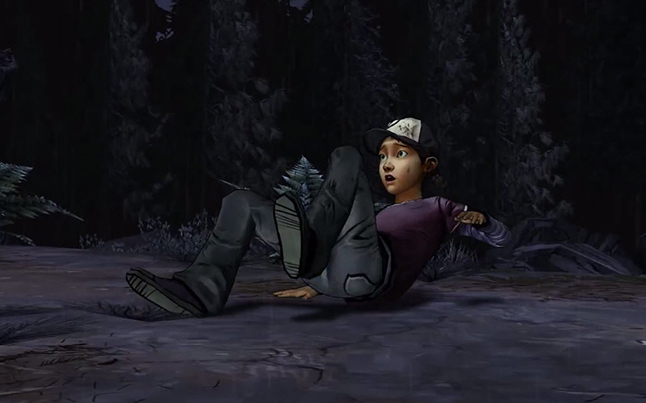 If you’ve been waiting for some Walking Dead, well The Walking Dead: Season 2 game trailer has been released for you to check out. The next installment of the Telltale game picks up where the first game left off, but now Clementine is the main character.

The Walking Dead game is played by making choices, and those choices effect how the game played it out and where it takes you. In the first game the main character was Lee Everett, but now it will be an older and more mature Clementine leading us through the game.

The game that is based on the Robert Kirkman comic book is set to hit shelves before Christmas. It will be available on December 18th for console players, and the 17th for PC players through Steam.

“All That Remains” Synopsis

The Walking Dead is an episodic video game series based on Robert Kirkman’s award-winning comic books. Season One of The Walking Dead won over 90 Game of the Year Awards.

Season Two continues the story that began in Season One. You are Clementine, a young survivor in a world gone to hell. The dead have risen to feast on the living, and the living cannot be trusted.

The story you experience in The Walking Dead Season Two is driven by the choices that you make. Because of that, your story could be very different from someone else’s. If you played Season One and the DLC episode ‘400 Days’, the choices you made there will affect Season Two.

While you don’t have to play Season One or 400 Days to enjoy Season Two, we recommend that you do in order to get the most from the story. -Tell

A big fan of The Walking Dead television series. In my spare time I enjoy blogging and simply hanging out. Oh and lets not forget, Go NY Giants!
You might also like
ClementineTelltale GamesGames