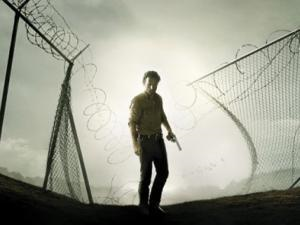 Season Four of “The Walking Dead” is now officially available on DVD. The 16-episode, five-disc set will also have the usual extras including behind-the-scenes production footage, deleted scenes and audio commentary. Todd McFarlane’s McFarlane Toys will also contribute a replica of the “Tree Walker” to a Limited Edition Blu-ray version.