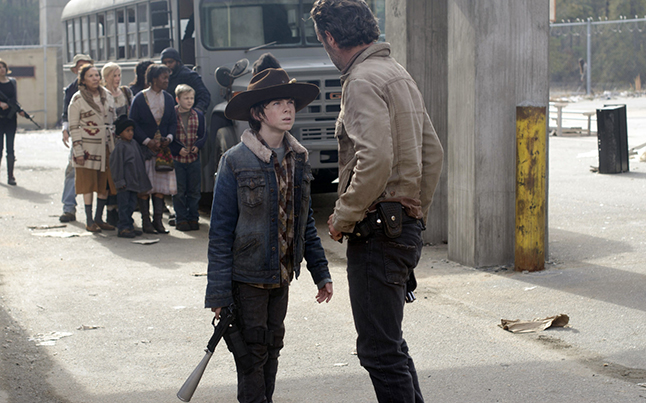 The return date for The Walking Dead season 4 FOX UK has been released. Season 4 of the AMC television show is halfway over as the mid-season finale aired just weeks ago, but no need to worry because it will be back before you know it.

AMC’s drama series The Walking Dead will return to FOX UK to finish airing its fourth season on Monday February 10th at 9pm,  a mere 24 hours after its US broadcast on AMC.

The show is being aired overseas in just 24 hours after the broadcast in the US, which is how it has been thus far for season 4.

“We want to prevent the spoilers for sure, we also want to make sure [international viewers] get the best version of the show — not some pirated version,” Liz Dolan, Fox International Channel’s chief marketing officer, said when the Season 4 one-day delay was first announced. “But we also want them to get it super fast.”

In less than two months, we will have our Walking Dead back! Hang in there, it could be worse. We could be at the summer break which feels like an eternity.

A big fan of The Walking Dead television series. In my spare time I enjoy blogging and simply hanging out. Oh and lets not forget, Go NY Giants!
You might also like
season 4The Walking DeadTV Series

SDCC 2018: Answers From The Fear The Walking Dead Panel
Be the first to comment!
Leave a reply »