The Walking Dead Most Tweeted Show In 2014 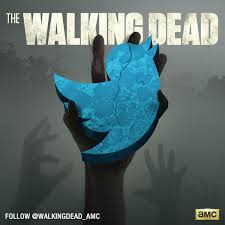 Rounding out the Top 10 were the still-ongoing “American Horror Story: Freak Show” in fourth, HBO’s “Game of Thrones” in fifth, “Teen Wolf” in sixth, “Scandal” in seventh, “The Bachelorette” in eighth, “The Voice” in ninth and “Dancing With the Stars”.